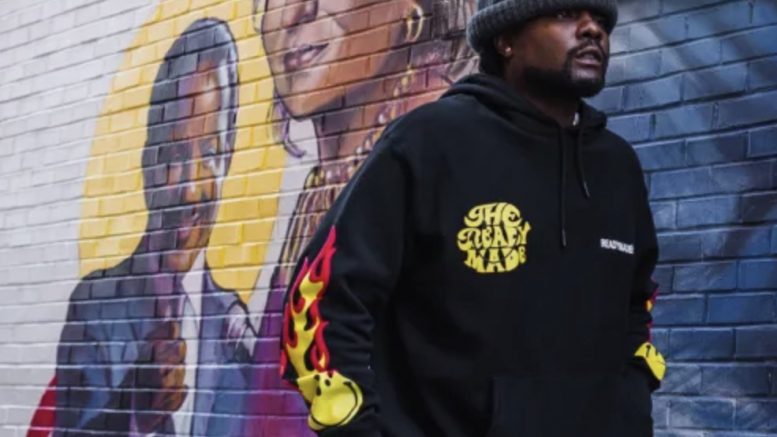 Wale attended Quince Orchard High School and The Mark Twain School, and graduated from Quince Orchard in 2002. He remains tied to the area with his appearances at many local sporting events (Redskins, Wizards, etc.).

Per the Washington Football Team:

Monday night’s game will help bring visibility to the NFL’s 2021 “Inspire Change” initiative, which showcases how players, teams, and the league are joining forces to ensure access to opportunity is a reality to all and create progress in police-community relations, criminal justice reform, and education and economic advancement.

Born and raised in D.C., the self-proclaimed “Ambassador of Rap for the Capital” transcended his status as a local sensation to a national rap contender through go-go inspired hip-hop. Through the decades he has had multiple chart-topping albums and singles including “The Gifted,” “The Album About Nothing,” “Wow…That’s Crazy,” “The Imperfect Storm” and “Folarin II,” as well as mixtapes featuring the likes of Waka Flocka Flame, J. Cole, and Rick Ross.  With Wale’s latest album release, Folarin II, he pays homage by “giving flowers” to those who have paved the way and who have supported him.

“I am honored to perform for my home team on such an important night – Monday Night Football and Inspire Change – with such a needed message about supporting the Black community. I am dedicating this performance to the Black community of the DMV. I want to show my appreciation and give flowers to those who supported me from the very beginning of my career,” said Wale of the performance.

Alongside its acclaimed video, “Sue Me” delivers a message of support for the Black community. During the performance, Wale will be accompanied by Y’Anna Crawley, D.C. native and 2009 Season II winner of BET’s Sunday Best, who will be performing background vocals. Y’Anna has performed background vocals for the likes of Jennifer Lopez, Angie Stone, and more. An inspirational video and photo montage also will be displayed live on the stadium HD boards, celebrating the African American community across the District of Columbia, Maryland, and Virginia (DMV).

In addition to Wale’s headlining halftime performance, the team will feature a variety of pregame and in-game activations in support of the Inspire Change initiative. The full schedule of gameday activations will be released closer to the game and will build on Washington’s year-round efforts to support local communities, lead on social justice matters, and increase access to opportunity for all across the DMV.

Board of Education Approves Modifications to the 2021-2022 School Calendar

Issa Rae, Who Grew Up in Potomac, Ends Successful Five-Year Run of Her Show ‘Insecure’

Be the first to comment on "Multi-platinum, Grammy nominated rapper and D.C. native Wale to headline halftime show during the Washington Football Team’s Monday Night Football Game on Nov. 29"