New Maryland Men’s Basketball head coach Kevin Willard, and his wife Julie, have purchased a home in Montgomery County. The custom home constructed and designed by PKK Builders and GTM Architects is in Potomac and sold for $4.9 million in July, according to public record (photo below). Kevin Willard was named the new head coach of the Maryland Men’s Basketball program in March. Willard recently coached Seton Hall to its fifth NCAA Tournament appearance in the last six years the tournament was held, having won a regular-season conference championship, conference tournament championship and earning conference coach of the year, Willard is one of 10 active head coaches in the Power 6 conferences to achieve each of the accomplishments in the last six seasons.

The home is described as a “six-bedroom, seven-and-a-half bathroom stunner features over 11,000 square feet of thoughtful design and resort-styled landscaping with manicured backyard.” It was built in 2014 and boasts palatial front doors, wide plank oak hardwoods, a gourmet kitchen, stone patio with a complete and covered outdoor kitchen, waterfall, three-level elevator, his and her offices, heated master bathroom floors, and a lot more, according to the listing by Washington Fine Properties.

According to a press release from UM Terps: This past season, Willard led Seton Hall to a 21-11 overall record and an 11-8 mark in conference play. That included wins over No. 4 Michigan and No. 7 Texas as part of six NET Quad 1 victories. He has claimed prestigious coaching honors including the USBWA District II Coach of the Year in 2020, the NABC District 5 Coach of the Year in 2019, the Peter A. Carlesimo Metropolitan Writers Coach of the Year in 2016, 2017 and 2019 and Big East Coach of the Year in 2016. He was also named one of Forbes Top 10 NCAA Basketball Coaches for the Next 10 Years in 2017. His teams won the prestigious NABC Team Academic Excellence Award for five straight years (2016-20) and earned three NCAA Academic Progress Rate Public Recognition Awards.

With Seton Hall, he has posted seven 20-win seasons with six coming in the last seven years. He also finished in the top-four in the Big East on six occasions. In 2018, he led the Pirates to their first victory in an NCAA Tournament since 2004.
His teams at Seton Hall have been ranked in the Top 25 in five of the last eight seasons with a high ranking of No. 8 in the 2019-20 season. This past season the Pirates were ranked as high as No. 15 and spent eight weeks in the polls.
Willard’s Seton Hall teams have posted 26 Quad 1 wins over the last four seasons since the NET tool started being used by the NCAA. The 26 Q1 wins are among the Top 15 among all coaches in the nation since the 2018-19 season. 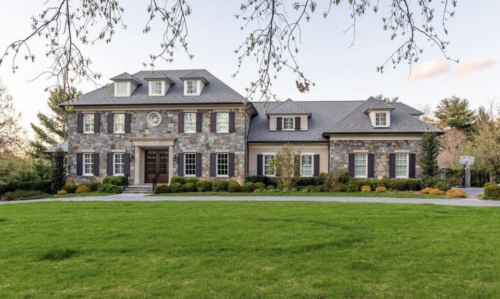 One Suspect Arrested in Shooting of Commanders Running...