Joe’s Crabshack in Rio has closed permanently. Thanks to Ebrahim Rahmani for sending in a picture of the sign posted on the door.
​
A $1 million dollar Powerball ticket was sold at the Shell gas station across from Quince Orchard High School in Gaithersburg. One of our twitter followers let me know that a local teacher was the winner.
https://patch.com/maryland/gaithersburg/amp/27232181/1m-winning-powerball-ticket-sold-in-gaithersburg

Le Madeleine in Pike & Rose closed permanently on Saturday according to a sign posted on the door.

A new bike share program is now available at Black Hill and Wheaton Regional Parks. You go, borrow a bike for free, and return it before you leave ($3/hour after first 2 hours)
https://www.germantownpulse.net/single-post/2017/08/25/Montgomery-Parks-Offers-Bike-Share-Program-at-Black-Hill-Regional-Park

The Purple Line is scheduled to break ground this morning, according to a tweet from Just Up The Pike.

PJ’s Bar & Grill to take over the spot formerly occupied by Buffalo Wings & Beer in Germantown.

I spoke with someone in the know that told me Tilted Kilt in Wheaton Mall will not open anytime soon and will likely never open at all (signage for the “breastaurant” has been visible for almost 2 years).

Honey Pig, currently with one MoCo location (Germantown), is coming to Rockville…just a couple miles from competitor, Iron Age.
http://www.bethesdamagazine.com/Bethesda-Beat/2017/Honey-Pig-Korean-Coming-to-Montrose-Crossing/

A group of about 50 people protested against racism on the corner of 108 and Georgia Ave. in Olney last week.

4935 Bar & Kitchen in Bethesda has closed. They’ll be rebranding as George’s Chophouse.

Rumors of Urban Bar-B-Que (Sandy Spring) closing or moving to Olney were brought to my attention last week. The restaurant has said they are not doing either.

Cheeburger Cheeburger in Olney will be closing at the end of this month. The Falls Grove location will remain open. This is the rumored location of the IHOP that could come to Olney.

Jerry’s in Falls Grove (Rockville) and in Firstfield Shopping Center (Gaithersburg) will both be closing permanently this week.

Two hate groups can be found in MoCo according to this article by mymcmedia. Both are located in the Silver Spring area.
http://www.mymcmedia.org/map-details-where-maryland-hate-groups-are/ 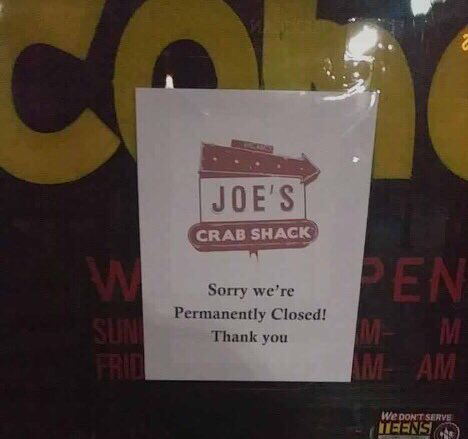 The 10 Worst Parking Lots In MoCo