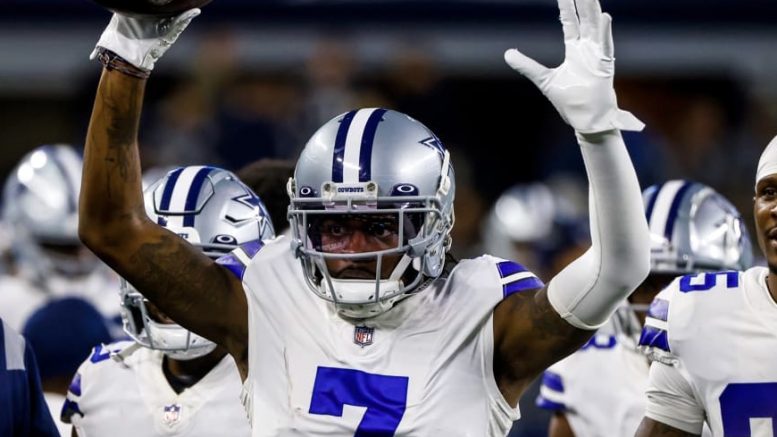 Trevon Diggs was drafted by the Dallas Cowboys in the second round of the 2020 draft. The Gaithersburg native now leads the NFL with 6 interceptions. His older brother, Stefon Diggs, who was drafted in the fifth round by the Minnesota Vikings in 2015 is also considered one of the best wide receivers in the league.

Trevon played for the Wootton Patriots before transferring to Avalon. At Avalon, Diggs played on both sides of the ball and became a four-star recruit and was two-time All-Met as a wide receiver.

After his time at Avalon Diggs continued his academic and athletic career at the University of Alabama. By his junior year in 2018, Diggs had become a full-time starter for Coach Nick Saban’s defense until he broke his foot midseason, ending the 2018 season with 20 tackles, one interception, six pass breakups in six games.

By his senior year, Diggs started 12 games and posted 37 tackles and two fumble recoveries. (including a 100-yard score). During his senior year, he was a third-team AP All-American and second-team All-SEC.

As a rookie, Diggs played in 12 games and started 12 of them. He had 58 tackles, one forced fumble, a sack, and 3 interceptions. This year, his second in the league, he has 6 interceptions in just 5 games and leads the NFL.

Be the first to comment on "NFL’s Interception Leader, Trevon Diggs, is From MoCo"