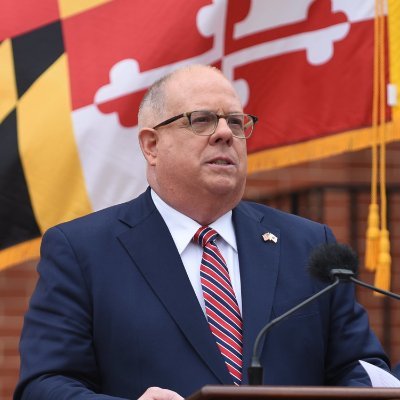 Supply of vaccines from Federal Government is limited.

Maryland gets about 10k doses per day and we have about 2 million people in Phase 1.

Demand will likely far exceed supply in the near future.

CVS/Walgreens have finished with nursing home claims and started with assisted living facilities.

Some Safeway and Rite Aid locations in Maryland will begin to offer Covid-19 vaccinations next week.

There are about 100 providers online across the state. Go to covidvax.maryland.gov to find a provider in your area or call 211.

The state is in the process of opening at least six mass vaccination sites starting next week.

• M&T Bank Stadium when we have more vaccinations allocated

Governor Larry Hogan today announced new actions to expand the state’s COVID-19 vaccination network, including the opening of at least six mass vaccination sites at central locations, and new pharmacy partners in targeted areas. This growing network will help supplement the vaccinations being administered in hospitals and local health departments.

“The truth is that this is not going to magically get better overnight,” said Governor Hogan. “The last 10 months have been really hard—this is much, much harder. So I ask all Marylanders to please be patient with the vaccination providers. They are all doing the best they can with very little resources. When is it your turn, be ready to get the vaccine.”

STATE TO OPEN AT LEAST SIX MASS VACCINATION SITES, BEGINNING NEXT WEEK. The Maryland Department of Health and the Maryland National Guard, in partnership with local jurisdictions and private partners, are establishing mass vaccination sites in at least six central locations statewide. By Friday, February 5, vaccinations will be underway at both Six Flags America in Prince George’s County and the Baltimore Convention Center. M&T Bank Stadium will also serve as a mass vaccination site. Additional regional sites on the Eastern Shore and in Western and Southern Maryland are being finalized. Vaccination capacity at mass sites will be based on allocations, and an announcement will be made when appointments for mass sites become available.

SAFEWAY AND RITE AID PHARMACIES TO BEGIN VACCINATIONS NEXT WEEK. The governor announced that the state will expand its pharmacy network of vaccinators next week to include select Safeway and Rite Aid locations. The state is utilizing data and modeling, along with input from local officials, to select pharmacies in underserved areas. Vaccinations are underway this week in Walmart, Giant, and Martin’s stores. As of next week, there will be 51 retail pharmacies providing vaccinations statewide, and that number will increase as the state receives more supply. The state will also partner with pharmacies to stand up mobile clinics in hard-to-reach areas.

ADDITIONAL $219 MILLION FROM FEMA. The Federal Emergency Management Agency (FEMA) has approved an additional $219 million for the Maryland Department of Health to support the COVID-19 vaccination campaign. In addition, the state has requested FEMA’s assistance to support regional mass vaccination hubs.

ELIGIBILITY OPEN NEXT WEEK FOR SEVERELY IMMUNOCOMPROMISED POPULATIONS. After discussions among the state’s health systems, beginning on Monday, February 1, the state is expanding eligibility for some severely immunocompromised individuals, such as those receiving chemotherapy, and those with certain immune disorders who require frequent medical care. Those individuals will be eligible to receive vaccinations through hospital-based providers. State health officials will issue guidance to clinicians and providers.

ADDITIONAL SUPPORT FOR LOCAL HEALTH DEPARTMENTS. More than 370 members of the Maryland National Guard have been deployed to support the state’s response to the pandemic, and have already assisted with thousands of vaccinations in Prince George’s, Charles, Baltimore, Anne Arundel, Cecil, St. Mary’s, and Talbot counties. The state has also now deployed 825 members of the Maryland Responds Medical Reserve Corps to support 11 local jurisdictions.

A Car Knocked Over a Column at Capital One in Gaithersburg