Governor Hogan held a press conference at the State House in Annapolis with Maryland Budget Secretary David Brinkley and Chief Legislative Officer Keiffer Mitchell to provide an update on the budget.

Below you’ll see notes from his press conference, as tweeted by his Deputy Communications Director, Kata Hall:

• For the first time in nearly a quarter century, the State of Maryland is projecting a long-term balanced budget, including a $2.5 billion surplus, the biggest in state history. 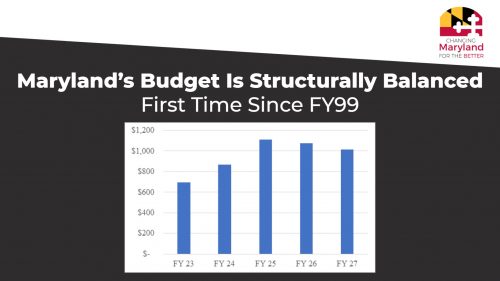 • Governor Hogan: “Already some politicians see this as a chance to go on a big spending spree with pet projects, big payouts to special interests, and new mandated increases in spending. That is not going to happen on my watch.”

• As a result of Maryland’s strong health and economic recovery, tax revenues are expected to be $1.6 billion higher than projected and state agency reversions are $195 million more than expected.

• Gov Hogan: “The entire mission of my administration has been to leave our state in a stronger fiscal position than when we found it, and that is exactly what we have done.”

For first time since FY99, MD is projecting that we will take in more money than we are spending. 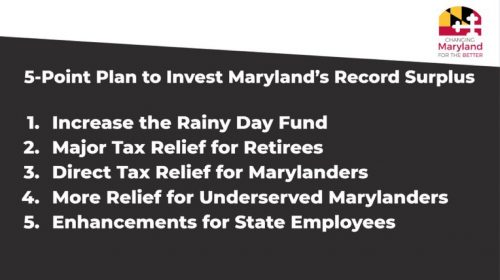 Dr. Francis Collins Announces Stepping Down as Director of NIH After Over 12 Years

Marijuana Legalization Will Be Voted on in Maryland...

Attorney General Frosh Announces the Formation of a...