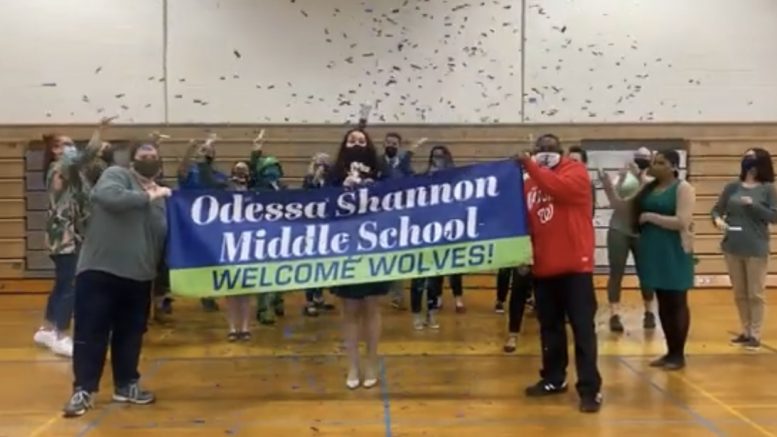 Back in November, the Montgomery County Board of Education voted to change the name of Col. E. Brooke Lee Middle School in Silver Spring to Odessa Shannon Middle School.

The change will take place following this school year and yesterday the school staff unveiled the brand new mascot and school colors in a YouTube video.

Odessa Shannon Middle School has adopted “Wolves” as the new mascot and has chosen blue (the top color from a survey) and light green (Odessa Shannon’s favorite color) as the nee school colors.

Shannon was the first African-American Board of Education member and a lifelong activist. She worked tirelessly to help close the achievement gap for minority families and was the recipient of numerous awards, such as the Human Rights Hall of Fame, the African American Living Legend Award, and Hornbook Award for Outstanding Service to Education.

Shannon’s name will replace Col. E Brooke Lee, a Maryland politician whose policies shaped Montgomery County’s zoning and land use in the 1920s. These laws barred African-Americans from living in Silver Spring, with the exception as domestic servants. It wasn’t until 1968 that Montgomery County enacted fair housing policies.