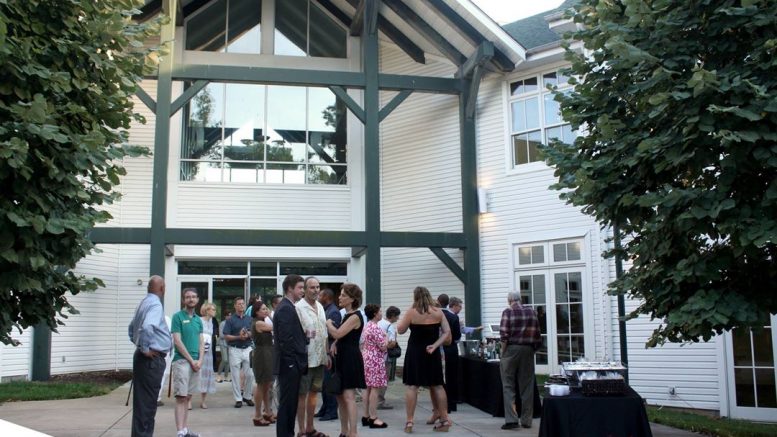 Kicking off Olney Outdoors and their 72nd season with a free production of A Midsummer Night’s Dream (July 2-11), is National Players, a unique ensemble based at Olney Theatre and bringing innovative productions to communities large and small across the United States. This season marks the ensemble’s first BIPOC-majority company, which in addition to Midsummer, will mount a production of A Raisin in the Sunover Labor Day Weekend indoors in OTC’s 1938 Original Theatre. The company will then tour both shows across America during the 2021-22 school year.

Following the opening run of Midsummer, Kevin McAllister, Olney’s Director of Curated Programs produces a new, live, two-evening edition of Just Arts: A Celebrations of Arts and Activism, which began as an online series last fall centering BIPOC artists. While past editions have focused on pillars of social justice, these new performances take up the theme of “Heritage” with the performance on Friday, July 16 titled, “My Heritage, My History” and the following night Saturday, July 17, titled “My Heritage, My Future.” Another international, online version of Just Arts is currently in the works, with dates and details to be announced shortly.

In the later part of July, Olney Outdoors gets into a regular rhythm. Free Wednesdays give audiences the opportunity to get on their feet with Dance Around the World (July 21 & 28), hear top poets and storytellers (and even try out their own verse during the open mic) at Sip ‘n’ Slam (August 4 &11), and be amazed by the extravagant costumes and outsize personalities at Olney in Drag (August 18 & 25), featuring lovable, local divas. In case of rain, Wednesday programs will be rescheduled to the next night, on Thursday.

The Andrew A. Isen Cabaret Series makes its home on Friday nights (July 23 – September 3) with some of the best of DC Theatre being paired in unexpected combinations, such as Awa Sal Secka with Bobby Smith (July 23), Donna Migliacciowith Nova Y. Payton (August 6) or Malinda Kathleen Reesewith Alan Wiggins (August 27). In the event of rain, the program will be moved indoors to the Olney Mainstage.

Saturdays belong to [email protected], which was co-curated by Mark G. Meadows, features established and rising stars of the DMV jazz scene, and kicks off with Rochelle Rice (July 24), who lately toured with Sweet Honey in the Rock.

Weekend mornings at 10:00 am and 12:00 pm feature performances from local troupes producing theatre for young audiences, highlighted by a three-week residence of Imagination Stage’s Paper Dreams, which is free to attend thanks to PNC Bank. Please note that the other shows in this series cost $12 per person.

The season winds down with the return of SummerFest on Saturday, September 4 – OTC’s annual open house, which returns after a pandemic-induced year-off. Featuring a full day of performances, workshops, a used costume sale, food trucks, talks, and tours, this community gathering is the perfect way to polish off the summer. We’ll also end as we began, with a free National Players production – this time of A Raisin in the Sun, all weekend, indoors in our 1938 Original Theater.

Unless noted, all events are outdoors on Olney Theatre’s Root Family Stage. All programs subject to change. Raindate for Wednesday night programs is the following Thursday night

In case of rain, all other programs will be moved inside to the Mainstage with distancing.

Part I: My Heritage, My History

Part II: My Heritage, My Future

BIPOC artists reflect on cultural history, memory, and legacy in a live performance companion to our online series.

Dance Around the World

Dancers bring different corners of the world – India, West Africa, China, Brazil, and even NYC – to Olney for two Wednesdays full of rhythm, movement, and passion.

Dance Around the World Part I

Dance Around the World Part II

Enjoy a drink while listening to these expert storytellers and slam poets. Consider signing up for the open mic session when you arrive if you have a poem or short story to share.

Olney in Drag Part I

Faith-inspired performances from local and national performers represent an opportunity to connect across the many cultures present in our community.

A Raisin in the Sun

Olney Theatre Center for the Arts produces and curates theatrical performance for the diverse audiences in our community, and educates, learns from, supports and inspires a more inclusive generation of theater-makers.

We strive to become an arts and culture powerhouse, redefining the American regional theater movement by cultivating and sharing the creativity of our community.

Once a summer stock retreat in rural Maryland, Olney Theatre Center is now an award-winning, year-round regional theatre surrounded in a 15-mile radius by 1.6 million people representing three of the most ethnically diverse counties in America. Since our founding in 1938, some of the biggest names in theatre have appeared on our stages: from “Golden Era” stars like Helen Hayes and Tallulah Bankhead to contemporary artists like Sir Ian McKellen, Robin De Jesús, and many others. OTC welcomed Artistic Director Jason Loewith and Managing Director Debbie Ellinghaus in 2013 and 2014, respectively, who established a new artistic strategy to broaden programming with the goal of nurturing a diversity of voices and audiences. Olney Theatre Center now produces musicals and plays under the three rubrics of Classic, Contemporary and Family programming. Since 2013 Olney Theatre Center has twice won the Helen Hayes Award for Outstanding Musical Production, the Charles MacArthur Award for Outstanding New Play and presented six world premieres. Complementing this work, OTC fulfills its mission as a teaching theater with educational programs like the Our Play program in local 5th grade classrooms, a summer camp and a year-round professional apprentice program. National Players, now in its 72nd Season, is the hallmark outreach program of OTC, a unique ensemble touring innovative theater to communities large and small across the United States.