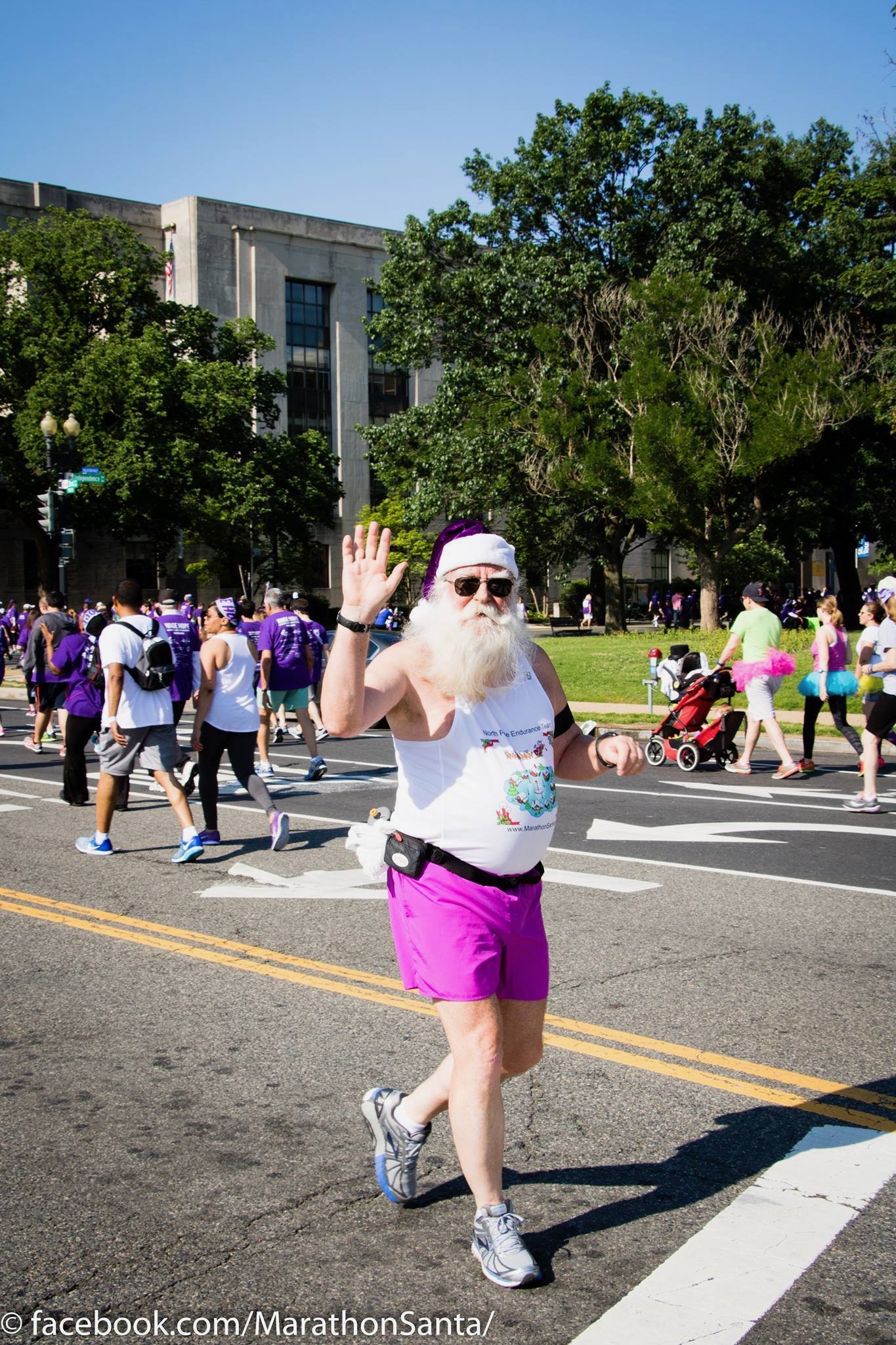 Olney residents looking for some holiday spirit as this rough year comes to a close may be lucky enough to spot distance runner Stephen “Santa Steve” Schreurs jogging down the street, Santa Claus style.

No matter the time of year, Mr. Schreurs, who has lived in MoCo for over forty years, likes to run in a Santa hat and other festive gear. His attire draws special attention during the holiday season. Dressing up as Santa Claus was not originally his idea, but one he adopted from neighborhood kids soon after he first got into distance running at the age of 52. “At the time I had red hair and a red beard, so the children would always come up to me and ask if I was Santa. At first I would say ‘no, sorry,’ but eventually I came to embrace it,” he says.

Athletic all his life, Mr. Schreurs decided to run in a charity marathon for an AIDS foundation twenty years ago as a one time thing. From that, however, he found a passion for running and has been unstoppable ever since. He now trains year-round to run in two marathons annually in addition to 5k, 10k, and half-marathon events. Since he kicked off his running career, he has raced for other charity fundraisers and completed long distance events at Disney World, the Cherry Blossom Festival, and more, all while dressed as Santa.

When his usual training spots were shut down at the start of the pandemic, Mr. Schreurs began running around the Olney neighborhood on a more regular basis, around two to four times per week. Now that restrictions have relaxed some, he also runs at local high school tracks as well as the Capital Crescent Trail and Rock Creek Park.

People in Olney love to see him on his runs and even snap a picture from time to time. On a Nextdoor app post sharing a sighting, neighbors commented, “makes me smile every time I see him,” and, “Santa Steve is the best!” Cheerful interactions with locals is part of what makes Mr. Schreurs look forward to his runs. To all who have enjoyed seeing him around he would like to say, “thank you for the nice words and encouragement, and have a nice holiday.”

Did you know that you can bike all the way from Montgomery County to Downtown Pittsburgh, Pennsylvania without ever leaving a Bike Trail?

Be the first to comment on "Olney’s “Jogging Santa”"