The restaurant is located between Party City and the old Bar Louie.

The first Hook & Reel Restaurant was opened in Lanham, Maryland in 2013. The restaurant chain has seen a massive expansion with over 20 current locations and 30 new locations on the way across the country. 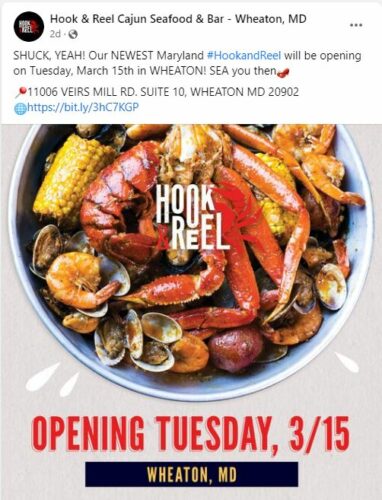