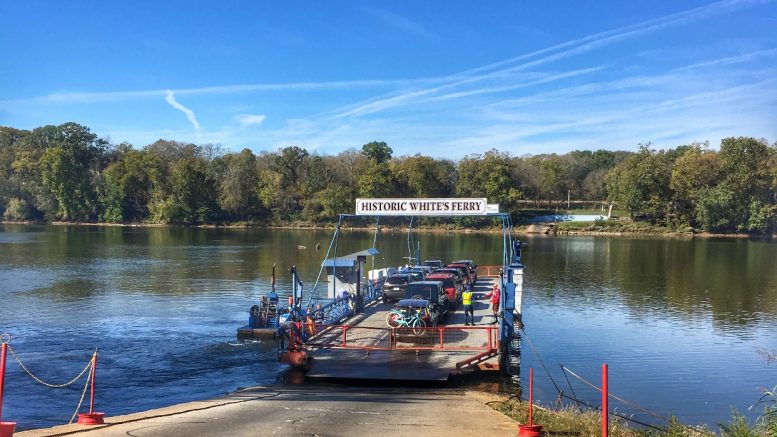 Owner of Rockland Farm Responds to Last Week’s Town Hall in Poolesville, Disappointed Rockland Farm was Not Asked to Participate in Meeting

Libby Devlin, owner of Rockland Farm, responded to last week’s town hall meeting in Poolesville regarding White’s Ferry in an op-ed that appeared in the the Loudoun Times-Mirror. The Virginia landing site for White’s Ferry is located on the farm.

In the statement she says that White’s Ferry’s decision not to resume operation was due to a broken cable line in December, 2020 and that Rockland has never closed the ferry.

Devlin compared the possible use of eminent domain to the government allowing an unwanted food truck to set up in front of your home; “Could you imagine a food truck setting up in your yard, not paying you for it, and then convincing your local government that they should condemn your yard so the food truck owner can run their business off of it without paying you?”

Full statement from Devlin below:

“On August 18, the Poolesville, Maryland Fair Access Committee held a meeting on the future of White’s Ferry. As the owner of the Virginia ferry landing, which has been part of our farm for almost seven decades, I’m disappointed that Rockland Farm was not invited to participate in the meeting. Instead of a balanced discussion about the history and the future of White’s Ferry, attendees were delivered a very skewed account by the new owner and the Montgomery County officials. Questions were screened to stay on a pre-determined message, ensuring that Rockland Farm and its supporters did not have a voice represented at the meeting.

To be clear, despite what has been written in the media and what the new owners have said, the closure of White’s Ferry is a result of White’s Ferry’s decision not to resume operation after a cable line broke December 28, 2020. Rockland has never closed the ferry: not when White’s Ferry breached our long-standing agreement in 2004 by digging up part of our farm without permission, and not when the Court ruled in November 2020 that White’s Ferry had been trespassing.

We understand that this is an important regional transportation service and it is upsetting that the people of Loudoun and Montgomery counties have not had access to it due to White’s Ferry’s refusal to update a nearly 70-year-old contract for the use of our landing. The original agreement was signed in 1952, and now 800 cars a day coming through our yard and nearly 70 years later, our only request is to renegotiate this antiquated contract.

Unfortunately, instead of talking to us to come to a resolution, White’s Ferry has chosen to work behind the scenes, lobbying the government to condemn our private property for its own commercial gain. The government’s exercise of eminent domain should not be used as a tool for a private enterprise’s financial gain. Could you imagine a food truck setting up in your yard, not paying you for it, and then convincing your local government that they should condemn your yard so the food truck owner can run their business off of it without paying you?

In an effort to not have our land condemned, we have made numerous reasonable proposals to the new owner to restore ferry service under arrangements fair to both parties. All of our proposals have been completely disregarded by the Ferry’s owner. We want the Ferry open immediately and have recently sent a letter to the new owner with copies to Loudoun County officials and the Loudoun County Board of Supervisors detailing five ways that can happen. We have also made an offer to dedicate to either Loudoun or Montgomery County a permanent easement for our landing. Any of these options would get the ferry back in operation again without delay, without any cost to taxpayers, and without the need for an unjust condemnation of our private property.

We’re disheartened that the Town of Poolesville gave White’s Ferry a platform to deliver only one side of the story. Rockland Farm wants to make it known that we want the Ferry open now, and have been making every effort to make that happen in a way that is reasonable and fair to both sides. If you want to connect with us, please like our Facebook page at www.facebook.com/savewhitesferry. The support of neighbors in Loudoun County means so much to us.

Owner and resident of Rockland Farm”

Be the first to comment on "Owner of Rockland Farm Responds to Last Week’s Town Hall in Poolesville; Disappointed Rockland Farm was Not Asked to Participate in Meeting"