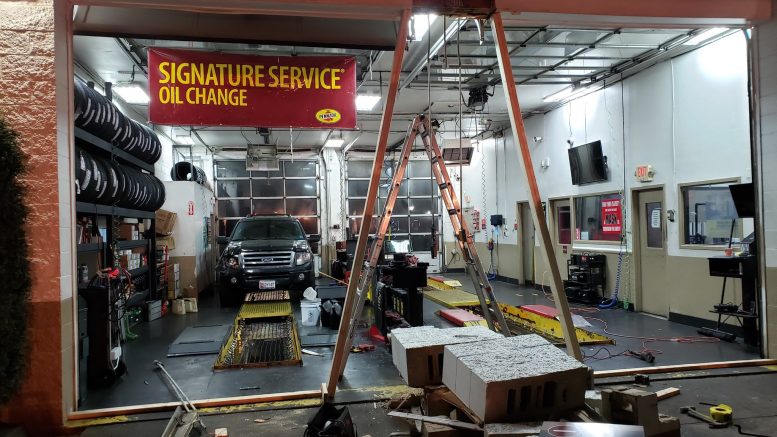 A vehicle struck the column earlier and the collapse occurred as the column was being shored, according to Battalion Chief Steve Mann.

One worker is being evaluated with minor injuries. 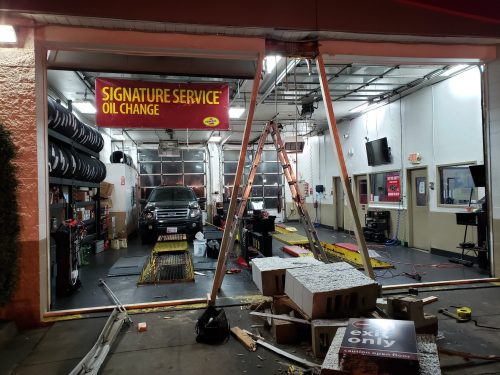