Per MCDOT:
Last September, Metro began replacing the glass canopies at Glenmont Station. During glass canopy construction, some bays will be closed in phases and the associated bus routes will be temporarily relocated. Phase two of construction is set to begin on Monday, Nov. 7, and last through mid-January 2023.

Fare collection resumed on all Montgomery County buses on August 1. The one-way pre-pandemic fare, which was $2 per ride, is now $1. Monthly passes, which were $45 per rider, are now $22.50 Riders can plan trips online with Ride On Real Time. 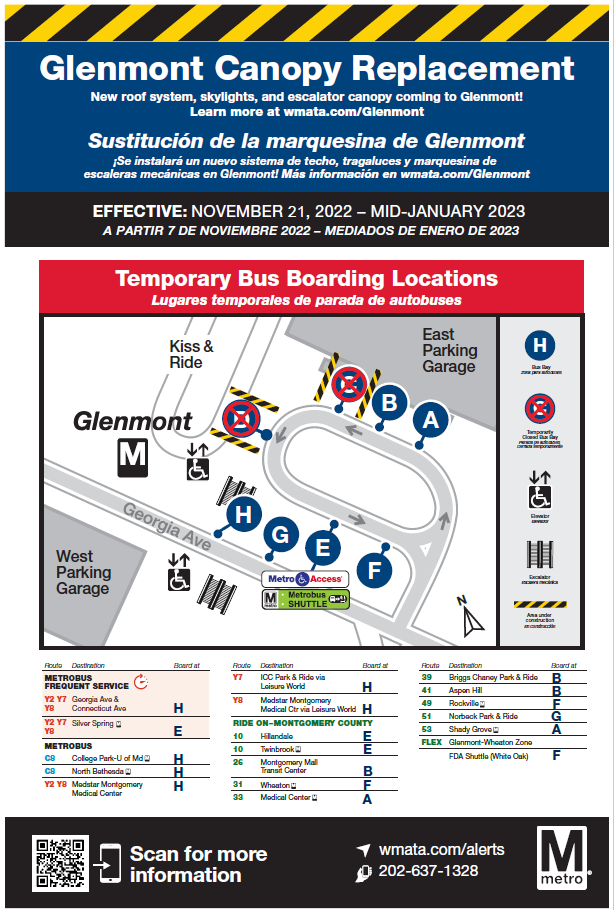 Ride On Buses will Operate on Special Schedules...

Decorated ‘Flash’ Buses Are Still on the Move...

Transportation Schedule for the Winter Holidays