The individuals involved in yesterday’s incident in Clarksburg that resulted in two people falling off the balcony of a home on Cypress Spring Road have been identified as a 38-year-old-man and 42-year-old man, according to FOX45 Baltimore.

The men fell after the railing of the balcony gave way while the two were fighting. One was taken by ambulance to the hospital and the other was taken by helicopter to Shock Trauma.

Neighbors told ABC7 New’s Kevin Lewis that the property is a group home for people with mental illness. 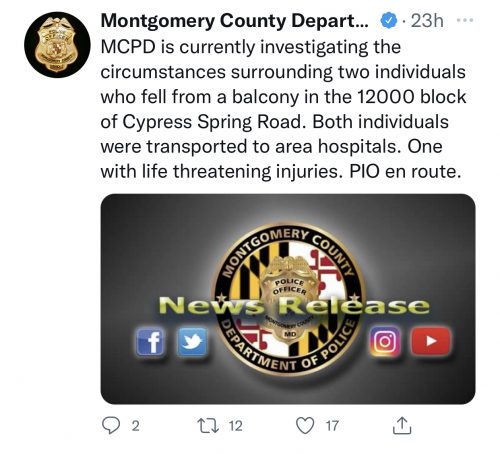 Suspect Arrested and Charged for Burglary on Whitehall Dr. in Silver Spring