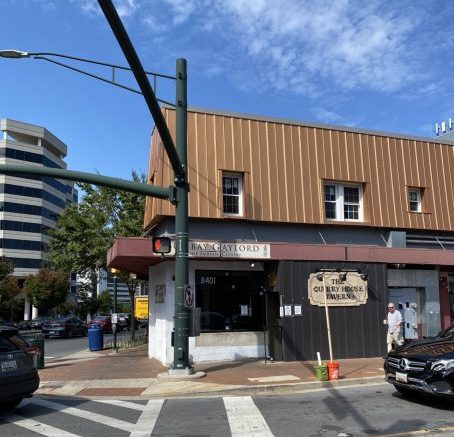 We first reported back in October that Popeyes will be taking over the space that was left vacant by Bombay Gaylord in 2015 at 8401 George Ave. in Silver Spring. Bombay closed after a fire destroyed the restaurant and the owners have since opened Nirvana Indian Cuisine in Olney back in late 2018.

Source of the Spring is reporting that there has been ongoing construction at the location for the past several weeks and there are now “coming soon” signs in the windows.

The popular Quarry House Tavern can be found in the basement the building.

In an August listing by Thur Retail, the second level of the building located at 8401 George Avenue is available for lease. The listing states that anyone interested would be joining Popeyes, who will be taking over the first floor.