A power outage on Sunday, August 14th temporarily affected Gaithersburg’s Downtown Crown, which led to some businesses closing for the day. The power came back later in the evening, and many businesses reopened, but a few remained closed until their regularly scheduled Monday morning opening.

One of the businesses that closed for the day was Starbucks, which notified customers with a sign on the door stating they were closed for the rest of the day due to the outage. A second sign, which was sent in to us by multiple readers, has caused a little confusion that was cleared up by a store representative Monday morning (photos of both signs available below). The sign states “OUR STORE WILL BE CLOSING Tuesday, August 16th, at 3:30pm” with an apology and a note that says “We are working to re-open our store as quickly as possible.” The representative made it clear that the store is only closing for the rest of Tuesday for a meeting that will take place at the store and that it will be reopening on Wednesday, August 17th. 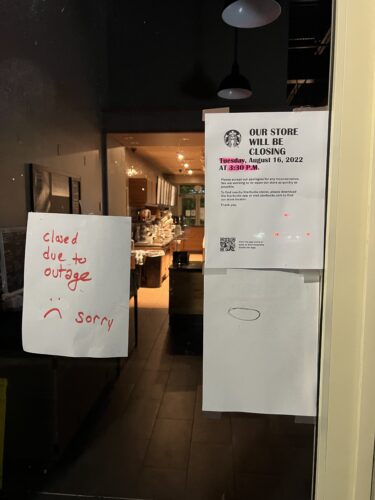 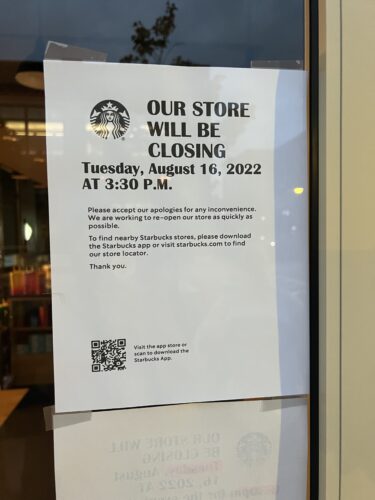 Montgomery County is Providing 40,000 Chromebooks to Residents Who Do Not Have Computers; Over 15,000 Distributed So Far