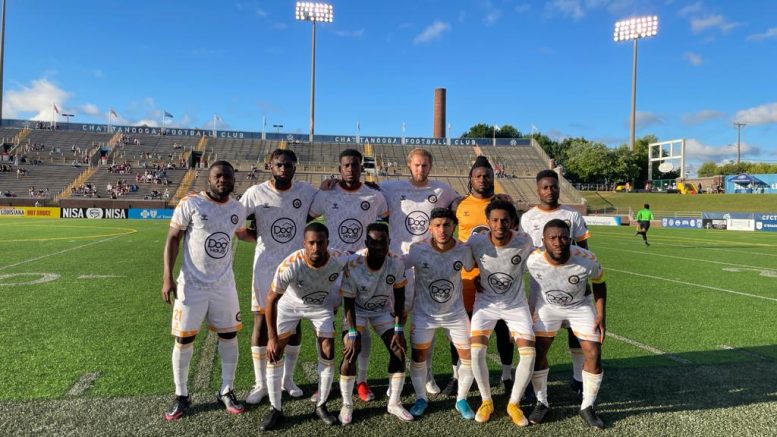 Professional Soccer Returns to the SoccerPlex in Germantown This Weekend

The Maryland Bobcats FC,  the only professional soccer club in Maryland, will be playing this weekend at the Maryland SoccerPlex in Germantown.

We reported back in April that the Maryland Bobcats FC were the first team to join the Anti-Racist Soccer Club coalition.

The SoccerPlex was also the home to the Washington Spirit women’s professional team during their initial seasons.

We’re home this weekend and you can be there!

Come celebrate the return of professional men’s soccer to Maryland and the @MDSoccerPlex as we take on @CalUtdStrikers this Saturday, 6/5.

May 20, 2021 (Germantown, MD) – Maryland Bobcats FC are happy to announce that tickets for the two remaining home games (June 5 vs. Cal United FC and June 26 vs. San Diego 1904 FC) at the Maryland SoccerPlex go on sale at 9am EST tomorrow, May 21st.

Head Coach Sam Okpodu is excited for fans to get back to the stands for both the home field advantage but also for the players: “Home support is very important to every professional team. Having fans at the stadium will inspire the Bobcats to play for success. Being able to have fans at the stadium will help to inspire the players to victory while creating an exciting environment for the players to show case their talent to their friends, family, and our community.”

“To finally be able to welcome fans into the stadium, it’s a great feeling” Vice President Evan Raimist said. “We missed the chance to have fans at our first-ever home game as a professional club, but thankful to now be able to as the world starts getting back to normal. I know the players can’t wait to have fans cheering them on, and for their sake they deserve it.”

All seats for the Spring Season home matches will be General Admission (GA) and will be “sit where you want”. The club wanted to make these games as accessible as possible so that all our fans got a chance to see the boys live and in person before our first professional season wraps up.

“We are really grateful to finally be able to welcome fans in to the SoccerPlex to watch the local kids play. This club was founded to give local players a chance, and now they get to play in front of their family, friends, and community members who they’ve come to know” Club President Jide Saba said. “Win, lose, or draw, this club wants to make an impact on the community and to finally be able to have that community – where a lot of our players come from – see them live out their dream, we can’t wait to invite them in.”

Gates will open at 6:15pm – just in time for pregame warmups! The link to get tickets will be live tomorrow, May 21st at 9am EST for both matches.

bring professional soccer to every city in the United States. A pro league member of

U.S. Soccer, NISA focuses on a model based on meritocracy, independent clubs

controlling their own league, clubs owning their intellectual property, all without the

alike. For more information about NISA visit NISAOfficial.com or contact at

Santa to Ride Motorcycle Through MoCo on December 9th

MoMo Mochi Coming to The Spot in Rockville