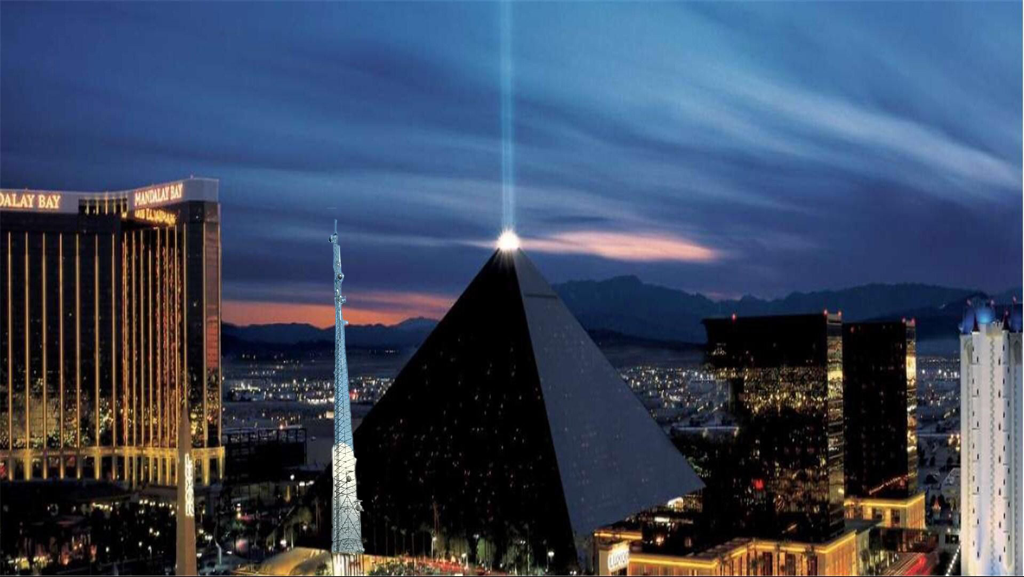 This image shows what the proposed tower would look like next to The Luxor hotel in Vegas (1 foot difference in height)
The Maryland SHA (State Highway Administration) has proposed the construction of a 349 foot emergency communication tower. The tower would sit on land at the northwest corner of the intersection of Georgia Avenue and the ICC in Olney and would be used for radio communication.

This tower would be approximately the same height as the Luxor hotel in Las Vegas and almost 2/3 the size of the Washington Monument in D.C. It would have strobe lights that flash 24 hours a day to warn off aircraft.

Below you’ll see images that shows what the tower would look like once constructed as well as the specs for the tower. 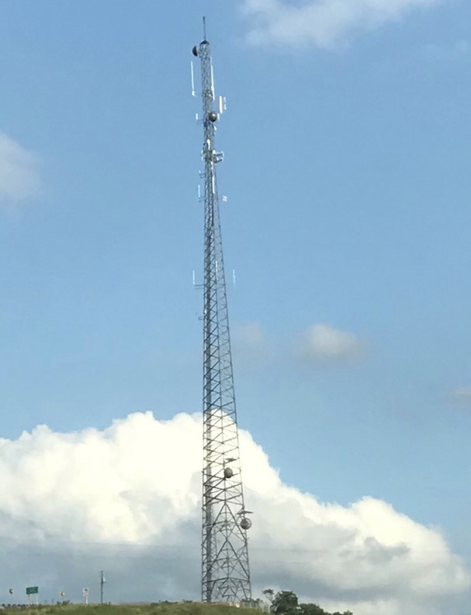 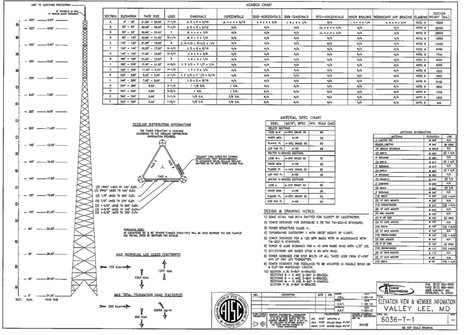