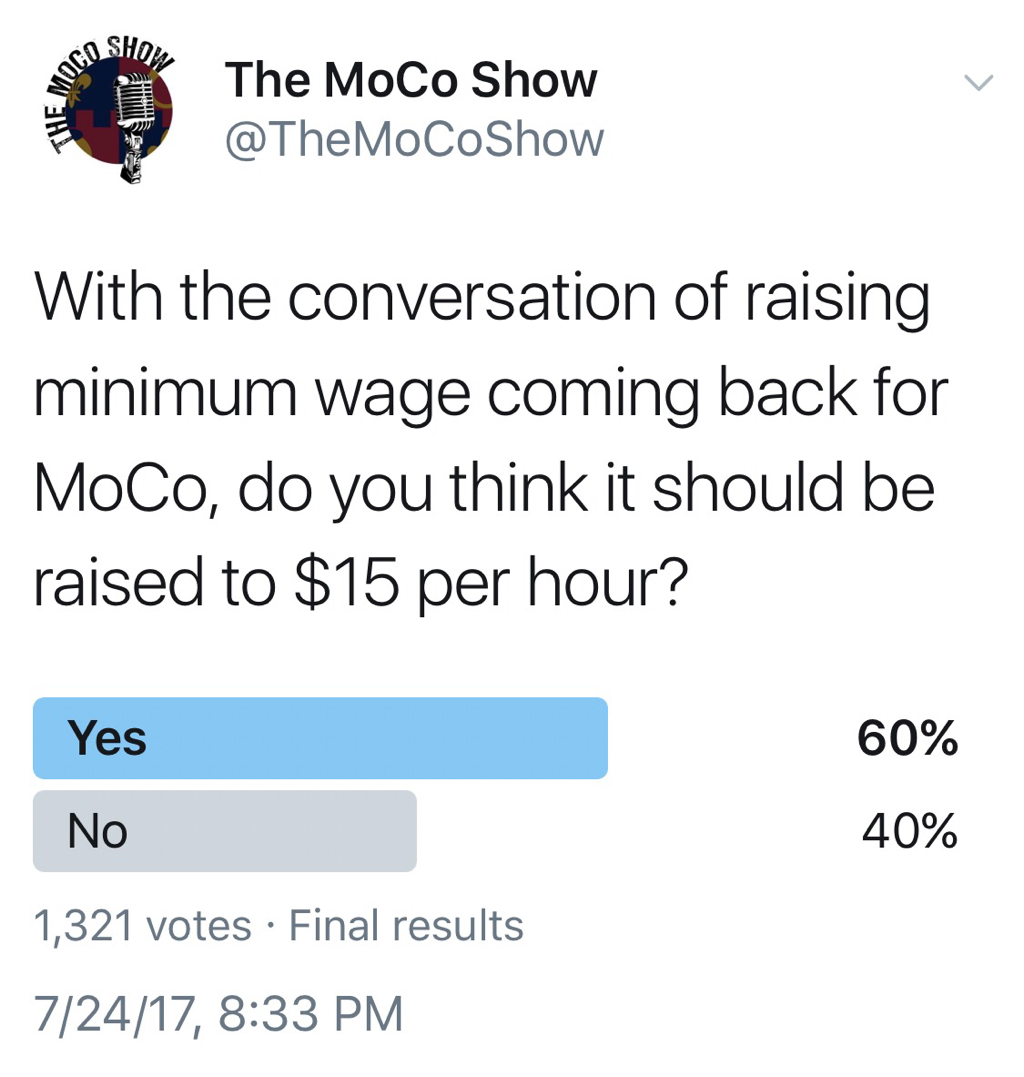 In January, Ike Leggett vetoed a proposed bill that would raise minimum wage in MoCo to $15 per hour.

Raising minimum wage to $15 per hour in MoCo is once again being discussed, this time with modifications made to the proposed bill (I don’t have specifics on the modifications). A public hearing on the matter is expected at the end of September.

Quite a few of our followers expressed displeasure with how expensive it is to live in the county, but many were also very aware of the repercussions that could come with a raised minimum wage.

I spoke with a few local small business owners this week that expressed concerns with the potential higher wages.

“If that happened, I would have to cut my staff by at least 1/4.” said a business owner in Olney.

An longtime employee of Giant in Gaithersburg told me that he currently makes $16/hour and that he has been with the company for 4 years to get to this point. “I know I won’t be getting a raise and I worked hard to get where I’m at.” he told me. He fears that his work will no longer be rewarded with higher wages because the company will look to save money.

One of our twitter followers that supports the raise to $15/hour said “prices inflate either way.” He wants to see restrictions on price hiking put in place along with the higher wage.​ “Prices will always increase.” said another Twitter follower. This seemed to be a common theme amongst supporters of the increase in minimum wage.

Personally, I believe that if this bill passes MoCo can expect $12 extra value meals, hiked Metro and Uber fares, less jobs, and higher rent (making it just as difficult to live in the area). A more feasible solution would be to put more money into things like affordable trade schools that can give people the skills necessary to earn a decent living (key word: affordable).

​I am, however, open to any plausible ideas that would come along with an increase to $15/hour as long as it makes sense and doesn’t put more people in a difficult situation.