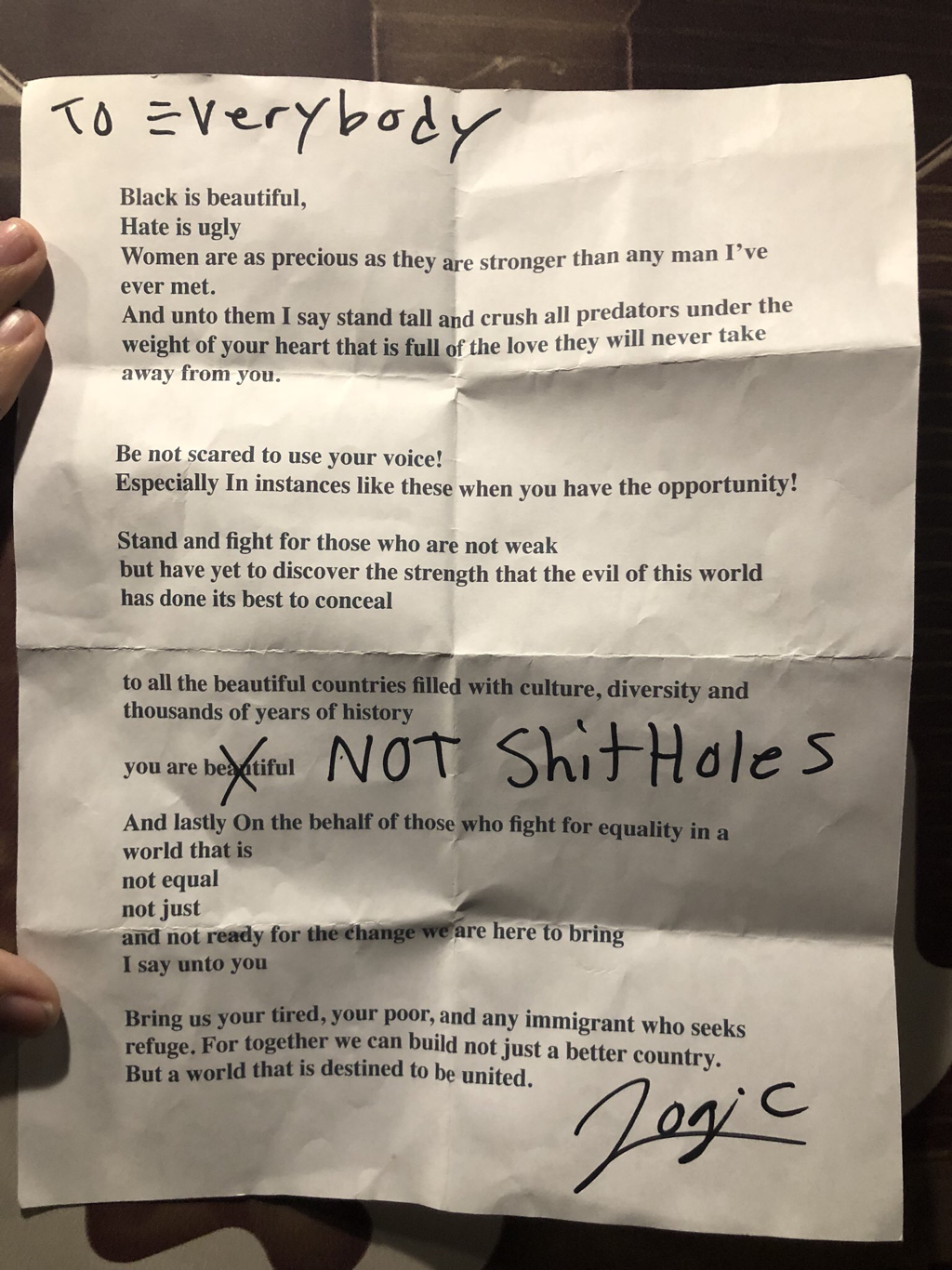 Courtesy of @Logic301
Rapper Logic, who grew up in the West Deer Park neighborhood of Gaithersburg, expressed a message at the Grammys that has garnered him hundreds of thousands of likes and retweets on Twitter.

​Late last night, after his performance, he tweeted an image of the written message he performed.