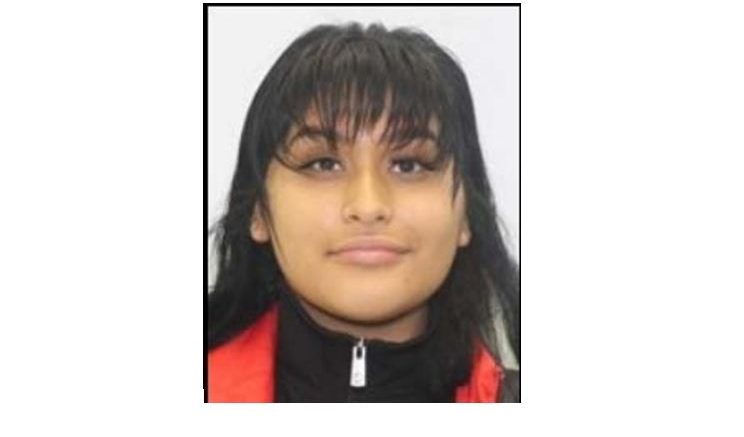 Only June 12, Hikers discovered human remains at Catoctin Mountain Park in Thurmont, MD. Today, the FBI announced that they have identified the victim as Joanna Michelle Amaya, also known by Dior Reyes, 21, from Gaithersburg.

The FBI asks that if you have any information pertaining to the disappearance or death of Joanna Michelle Amaya, please call the FBI’s toll-free tip line at 1-800-CALL-FBI (1-800-225-5324). You may also contact your local FBI office, the nearest American Embassy or Consulate, or you can submit a tip online at tips.fbi.gov.

Per the FBI:
The Federal Bureau of Investigation’s Baltimore Field Office is seeking information about the death of 21-year-old Joanna Michelle Amaya, aka Dior Reyes, of Gaithersburg, Maryland.   Amaya’s body was recovered from Catoctin Mountain Park in Thurmont, Maryland, on Saturday, June 12, 2021.  Law Enforcement Agencies responded to the National Park after a portion of her body was discovered by hikers off the trail in the park.  Through collaborative investigative efforts, and working with the Baltimore Medical Examiner’s Office, the remains were determined to be those of Amaya.  At this point, the cause of death has yet to be determined.

At the time of her discovery, she was wearing a black track suit, wrist guard, and red Nike shoes.  She was also found with a Puma handbag and a set of keys containing an El Salvador keychain. 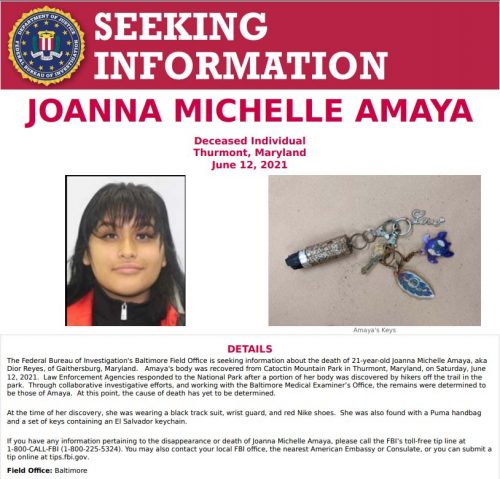 Olazzo in Silver Spring to Close This Weekend

Be the first to comment on "Remains of Gaithersburg Woman Found in Thurmont, MD"