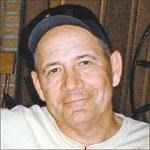 Fred Allen Swick Of Poolesville, a beloved Montgomery County teacher and coach, passed away at the age of 70 on June 29, 2021, after a courageous seven-year battle with multiple myeloma.

Fred was born on April 17, 1951, to Allen and Lou Swick in Winchester, VA. His parents predeceased him. The Swick family moved to Maryland, where Fred grew up in the Rockville- Twinbrook area with his three brothers, Mark, David and Todd. After graduating from Richard Montgomery High School in Rockville in 1969, Fred went on to play basketball and study physical education at Montgomery College and Frostburg State University. An accomplished basketball player with a deadly outside shot (and remember, this was way before the three-pointer!), Fred was second team All-County at Richard Montgomery his senior year.

Fred would go on to play at Montgomery College, earning First Team All-State Junior College honors, and at Frostburg, from which he graduated in 1974. In the fall of 1970, while a student at Montgomery College, Fred met Donetta Hyre of Wheaton. They married on July 29, 1972. Fred and Donetta shared a love for family, especially enjoying their annual family beach vacations in the Carolinas and frequent trips to Disney World.

During their 50 years together, they liked to take road trips to various cities and states, some of their favorites being trips to Hawaii, New Orleans, Memphis, and San Francisco, and finally made it to Italy in 2018. Fred began his career in 1974 as an elementary physical education teacher at Garrett Park Elementary in Kensington.

He then taught at North Bethesda and Randolph Junior Highs, followed by several years as a PE teacher and coach at Albert Einstein and Walter Johnson High Schools.

A Poolesville resident since 1979, Fred was delighted when a physical education teaching position opened at Poolesville High School, and in 1983, he became the head boys basketball coach at PHS. By the time he accepted the Poolesville Athletic Director position in 2006, he was already the all-time winningest coach in both boys and girls basketball history at the school. He had similar success coaching baseball for 13 years, football for ten years, and softball for four years, all while teaching five classes a day. After retiring as the school’s Athletic Director, Fred returned to coaching in 2010. His girls basketball teams went 20-4 in 2015-16, 21-4 in 2016-17, 27-0 in 2017-18, 19-5 in 2018-19 and 20-5 in 2019-20. His undefeated team in 2017-18 would give him and Poolesville High School a long-awaited State Championship.

As humble a man as he was, Fred would never flaunt that accomplishment, but that team and season was something of which he was immensely proud. Fred loved and was devoted to teaching and working with children. When he wasn’t teaching and coaching as part of his employment, Fred ran basketball camps in Poolesville, including the Falcon Basketball Camp, and helped coach some of his grandchildren’s basketball and baseball teams.

Fred enjoyed Friday-morning breakfasts with his retired PHS buddies, and playing golf with them and many of his former players/students, so many of whom became life-long friends. He and Donetta kept busy in retirement attending and supporting their grandkids’ various games and performances.

In addition to his wife, Fred is survived by his children, Andy and his wife, Christina of Darnestown, Kelly and her husband, Ted Gardiner of Urbana; and his six beautiful grandchildren, Maddie, Brady, and Emmy Gardiner, and Lily, Rhett, and Wyatt Swick, all of whom he loved dearly and brought him great joy and pride.

An open-air service to celebrate Fred’s well-lived life was held at Whalen Commons in Poolesville on Wednesday, July 7, 2021, at 10 a.m.

In lieu of flowers, the family suggests that donations be made to Girls on the Run (girlsontherun.org) or Good Sports (goodsports.org), a nonprofit organization providing lifelong benefits of sport and physical activity by providing equipment, apparel, and footwear to children in need.

Students and Staff Required to Wear Masks This Fall at Montgomery County Public Schools, Regardless of Vaccination Status

Be the first to comment on "Remembering Legendary MoCo Teacher and Coach, Fred Swick"