​Before Dave & Busters, Rio was home to the 55,000 sq. ft. Sportland America. Sportland, which opened in February 1993, featured an indoor miniature golf course, two artificial rock-climbing walls, batting cages, two huge mazes of plastic and steel for kids to climb in, a roller rink, a bumper car arena, a Velcro-jumping area (where you stick to the walls), a billiard parlor, a snack bar and an awesome assortment of video games, pinball machines and other electronic entertainment devices like laser tag. 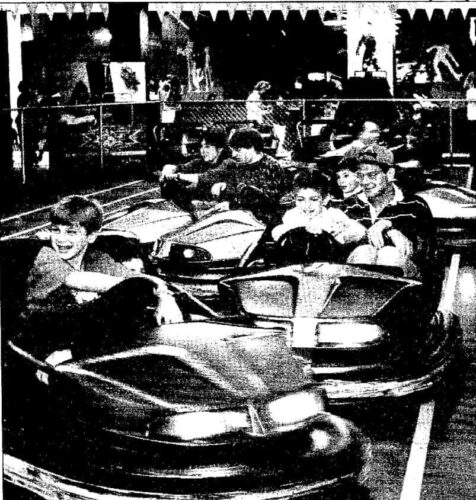 This excerpt from an August 1993 Washington Post article sums up Sportland perfectly: “It is Saturday night at Sportland America in Gaithersburg and it sounds like all 277 electronic games are exploding at once. Tanya, the reigning queen of Mortal Kombat, has just kicked the head off a grunting Ninja warrior, splashing blood across a 42-inch video screen. Raptors are roaring loose at the Jurassic Park pinball machine, which is gobbling tokens like a starving tyrannosaurus. Four teenage motorcycle racers are screaming around a computer-generated racetrack, leaning $32,000 worth of full-size, hydraulically mounted bikes into curves so dangerous that only kids too young for a driver’s license would dare to risk them. Mix in the rock-and-roll rhythm of a roller rink, the drumbeat of a dozen bumper cars, an a cappella chorus of teenage mating calls and then crank up the volume until it sounds like one of those car stereos you can hear from three lanes away with the windows rolled up, your radio on and the air conditioner blasting.” 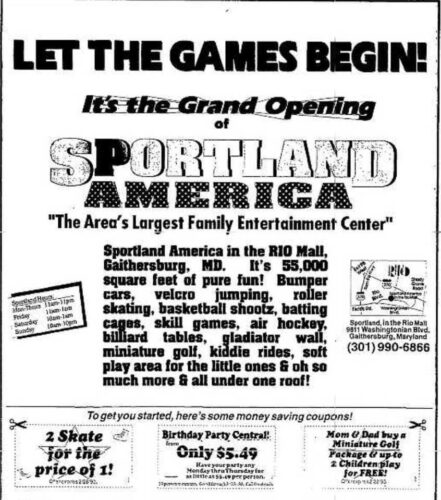 The billiard room featured 25 pool tables, air hockey tables, and foosball tables. The pool tables were all coin operated and would cost six tokens per game. It also featured a legendary snack bar. From a May 15, 1993 article in the Frederick News-Post, “There is a complete snack bar at the center which offers pizza, popcorn, chicken nuggets, hot dogs, french fries, nachos, onion rings, jumbo pretzels, sodas and a variety of ice cream treats. “My pizza is real New York-style pizza,” boasts Mr. Burchman. Rafael Jauregui, who manages the restaurant, enjoys his job. “It’s nice to see a lot of people busy. It’s an exciting place.” 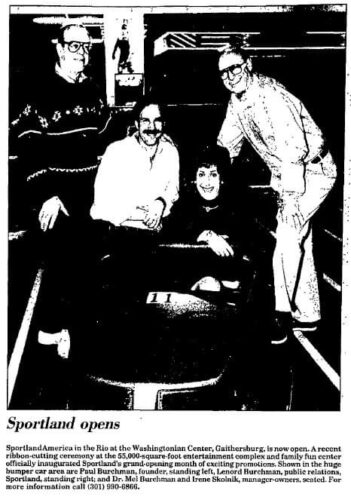 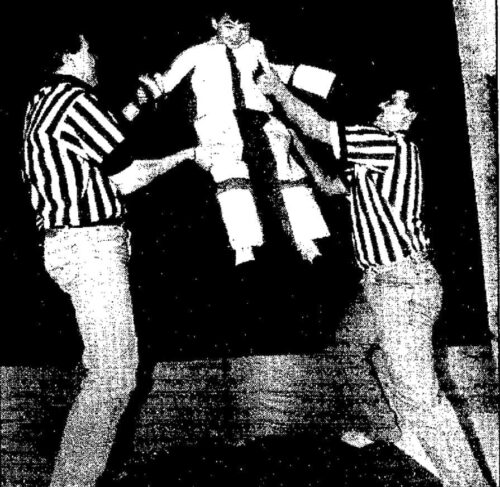 The “Fly Trap” would cost you $3 for 3 jumps. What are some of your memories of Sportland?

Local Photographer, Jordan “Jah” Henson, Documents the State of MoCo Basketball Courts Throughout the Pandemic in His #CovidCourts Series

better than dave and busters!