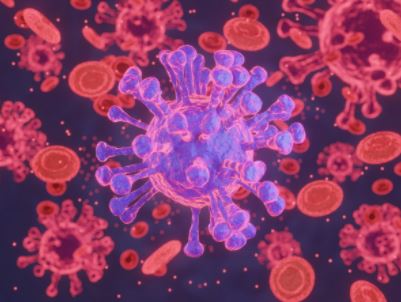 Rockville-based American Gene Technologies has infused an HIV positive patient with genetically modified “super T cells” that they hope will fight off off the disease as well as prevent it from returning.

According to the Baltimore Sun, “American Gene Technologies’ method involves taking T cells out of a person’s blood and genetically modifying them in the lab to resist infection before they are reinfused.
The company’s researchers worked with federal infectious disease researchers to cooperatively assess the method before the U.S. Food and Drug Administration allowed the first human study to start.”

“The only difference between a normal HIV T-cell and the ones we’re putting back in, is that we have made tiny, little modifications that make them impermeable to HIV,” said AGT CEO Jeff Galvin

See the video from AGT below.

Our #HIV cure program has a highly #innovative product that has never been seen before in the clinical world of HIV research. We’ve reached a huge milestone in our Phase 1 and we are more optimistic than ever that we're advancing medicine. Watch the video: https://t.co/17oWqUVvEz

Sewer Pipe Collapses in Germantown, More Than 10,000 Gallons of Sewage Has Been Released