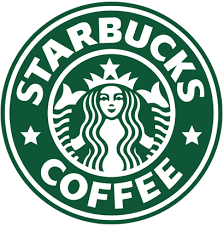 EDITED AT 1PM TO REFLECT THAT NEW LEASE WAS SIGNED PRIOR TO NON-APPROVAL OF DRIVE-THRU BUILDING.

To my knowledge, there are currently three drive-thru Starbucks locations in MoCo (Gaithersburg, Kensington, and Burtonsville). I recently spoke with a reliable source that told me there may be another one coming in 2019.

The Kentlands Starbucks recently renewed their lease for one more year, running through 2018. Soon after they signed their new lease they found out the new drive-thru location between Chipotle and Mattress Firm (in the Kentlands) was not approved.

It was announced in the Town Courier in late 2017 that there were concerns with a proposed drive-thru in one of the new buildings that would link the Chipotle/Cold Stone buildings to the Mattress Firm building (http://towncourier.com/city-welcomes-comments-on-proposed-kentlands-square-infill-sites/). My source tells me that the building containing the drive-thru would have been occupied by Starbucks (moving from their current location on Market Street).

It remains a possibility in 2019, but Gaithersburg city council member Michael Sesma commented that the drive-thru option is not compatible with the Kentlands concept of a walkable community. I’m told Starbucks still wants to make it happen.