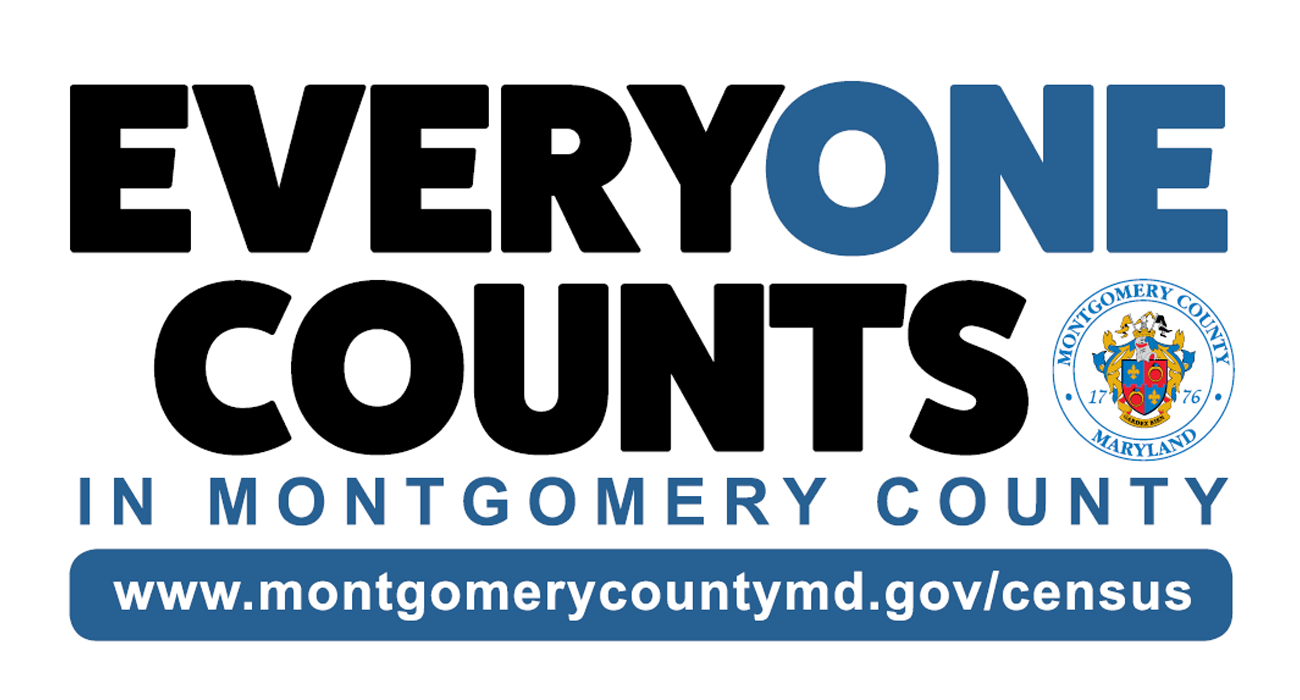 September 30th is Census Response Deadline – How Does MoCo Rank in Response Rate?

September 30th, 2020 is the final day that households can respond to the 2020 Census. The Census is a count of the population by the federal government that takes place every ten years. All residents in the United States are counted, including those who are not U.S. citizens.

The Census represents more than a simple tally for record keeping, as it helps to determine several items for future years:

-The number of representatives each state has in the U.S. Congress
-The distribution of nearly $700 billion from the federal government to states to fund education, infrastructure, healthcare, and other programs
-The planning decisions made by local officials and businesses to allocate services, create jobs, and target development

According to the U.S. Census Bureau’s self-response rate map data (respondents may reply via phone, mail, or online), Montgomery County has a 77.3% self-response rate, which is up slightly from 2010’s 76.1%. MoCo trails behind Carroll, Howard, Harford, and Frederick counties in response rate.

As a whole, Maryland has a 70.4% self-response rate, which puts Maryland in the top ten of state rankings to date.

If your household has not already responded to the Census, there are three ways to respond to the census: online, via telephone, or via mail. In order to respond online, please visit http://www.2020Census.gov, or call 844-330-2020 to respond via phone.

For more information about the Census in Montgomery County, please visit https://www.montgomerycountymd.gov/census/ 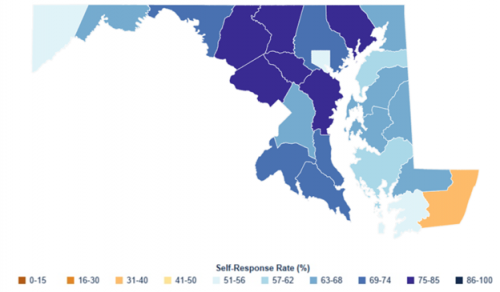 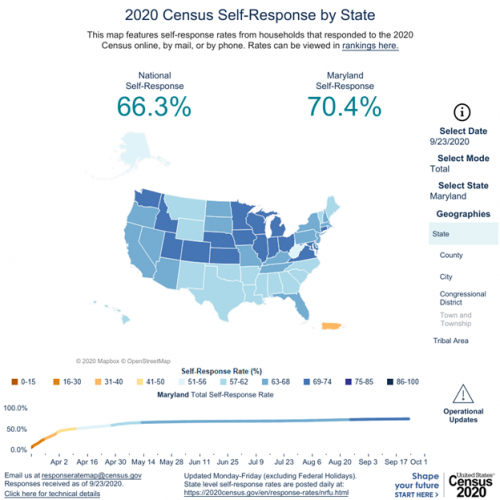 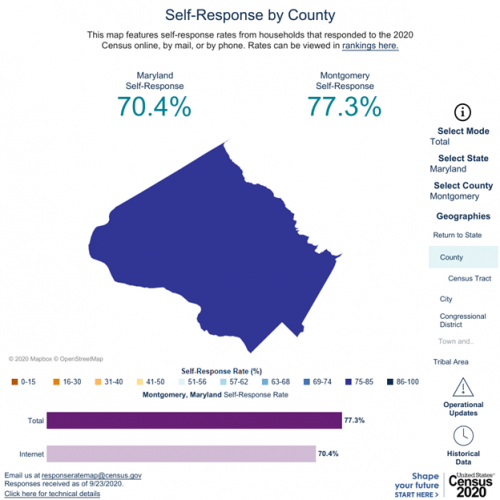 Be the first to comment on "September 30th is Census Response Deadline – How Does MoCo Rank in Response Rate?"