Montgomery County Fire and Rescue Battalion Chief Steve Mann is reporting that MCFRS are on the scene of a collision with multiple injuries involving a WMATA Metro Bus and multiple  vehicles. 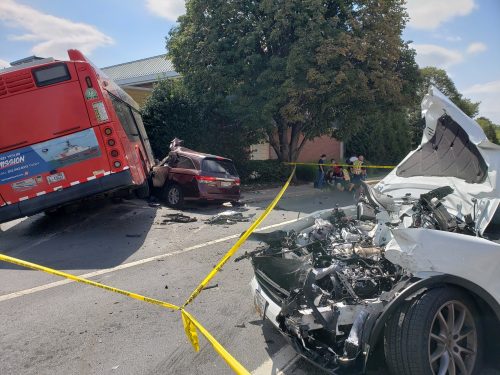 The incident occurred on 355 at Congressional Ln. around 1pm on Sunday.

Six people are being evaluated and at least two have serious non-life threatening injuries.

MCFRS are on the scene of a collision with multiple injuries involving a @WMATA Metro Bus and several vehicles at Rockville Pike at Congressional La. 6 pt. being evaluated at leat 2 have serious NLT injuries. @mcfrsPIO pic.twitter.com/4rsNL5tJVI