We were recently sent a few images of the Sherwood High School yearbook from 1940.

The yearbook contains:
• a hand-carved wooden cover
• pages that are hand-typed
• pictures that are actual prints glued on to each page.

In the image below you’ll see a page of students that contains a photo of “Fritzi” Farquhar. Those familiar with Olney will recognize the last name.

William Henry Farquhar (1813-1887), known for his influence in the development of Montgomery County, moved to Sandy Spring with his family when he was just 11. Throughout the course of his life, he was a teacher, principal, and president of the board of school commissioners among various other important roles in the county.

The first middle school in MoCo was named in his honor in 1968 (William H. Farquhar Middle School). 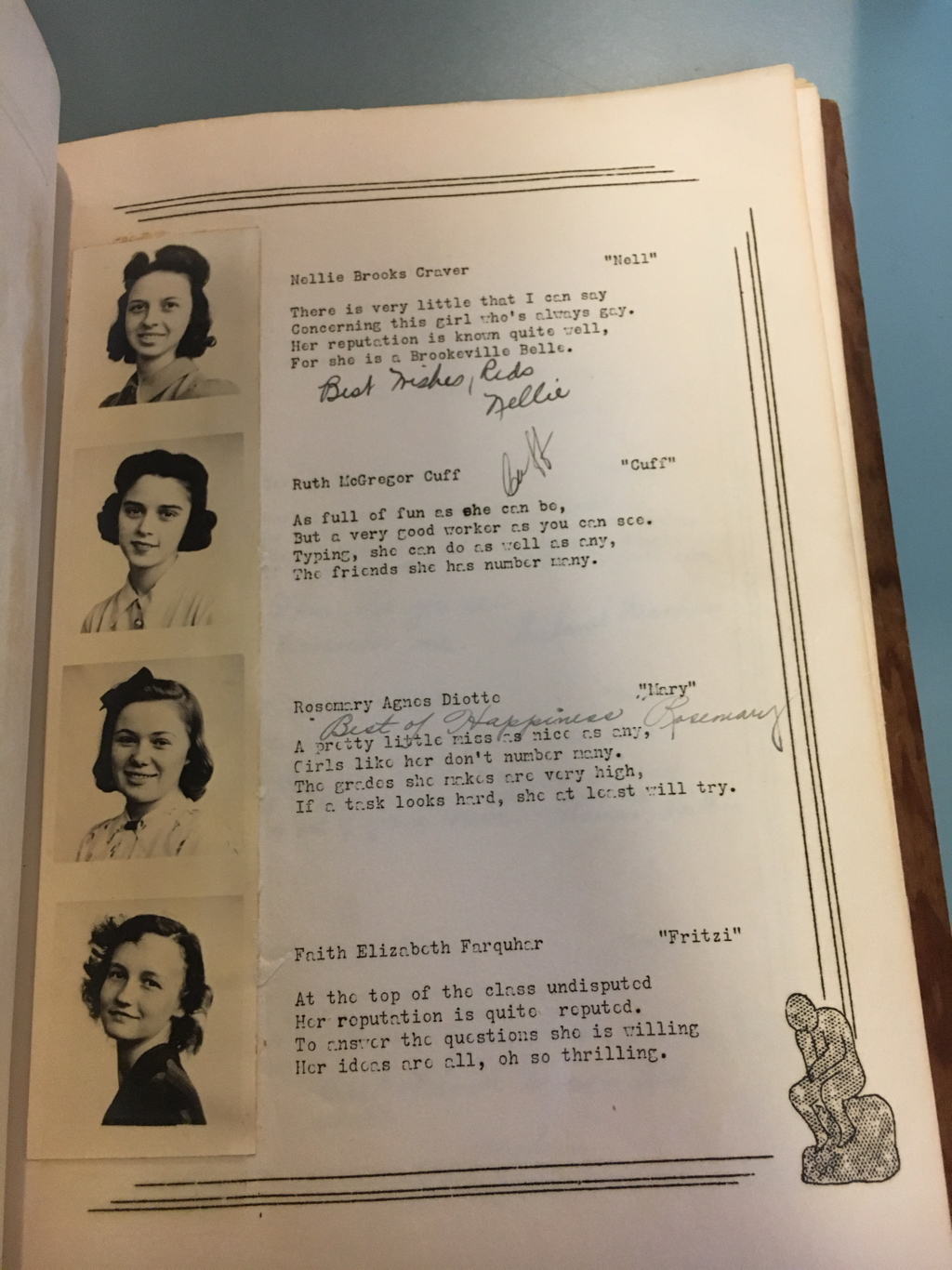 On this page below you’ll see William Alvin Gaither– another familiar last name in the county.

Fun fact: Gaithersburg campaigned, unsuccessfully, to replace Rockville as the county seat in 1881. 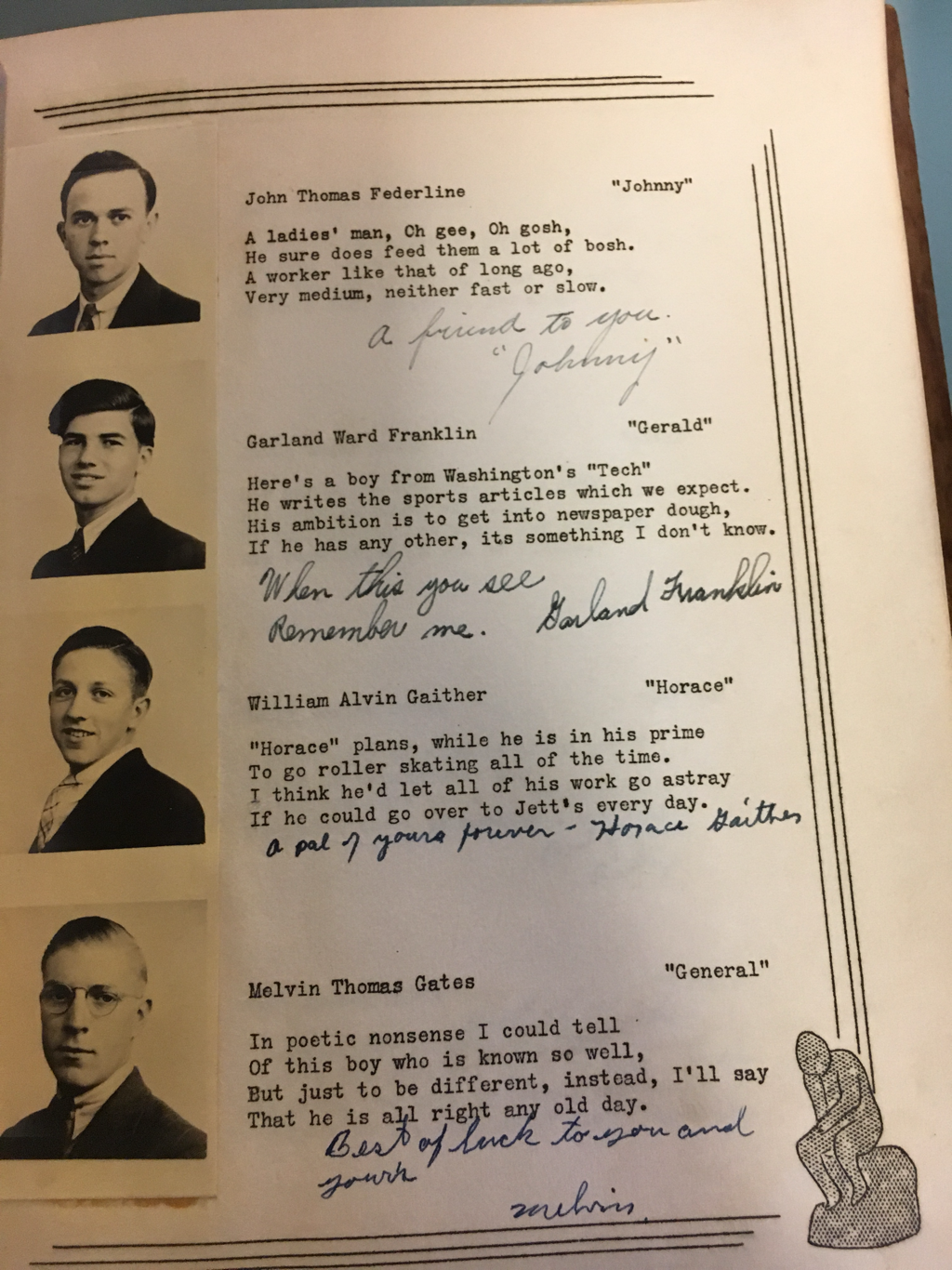 In the pages below you’ll see the detailed history of Sherwood High School, including sketches of how the school looked through the years (until 1940). 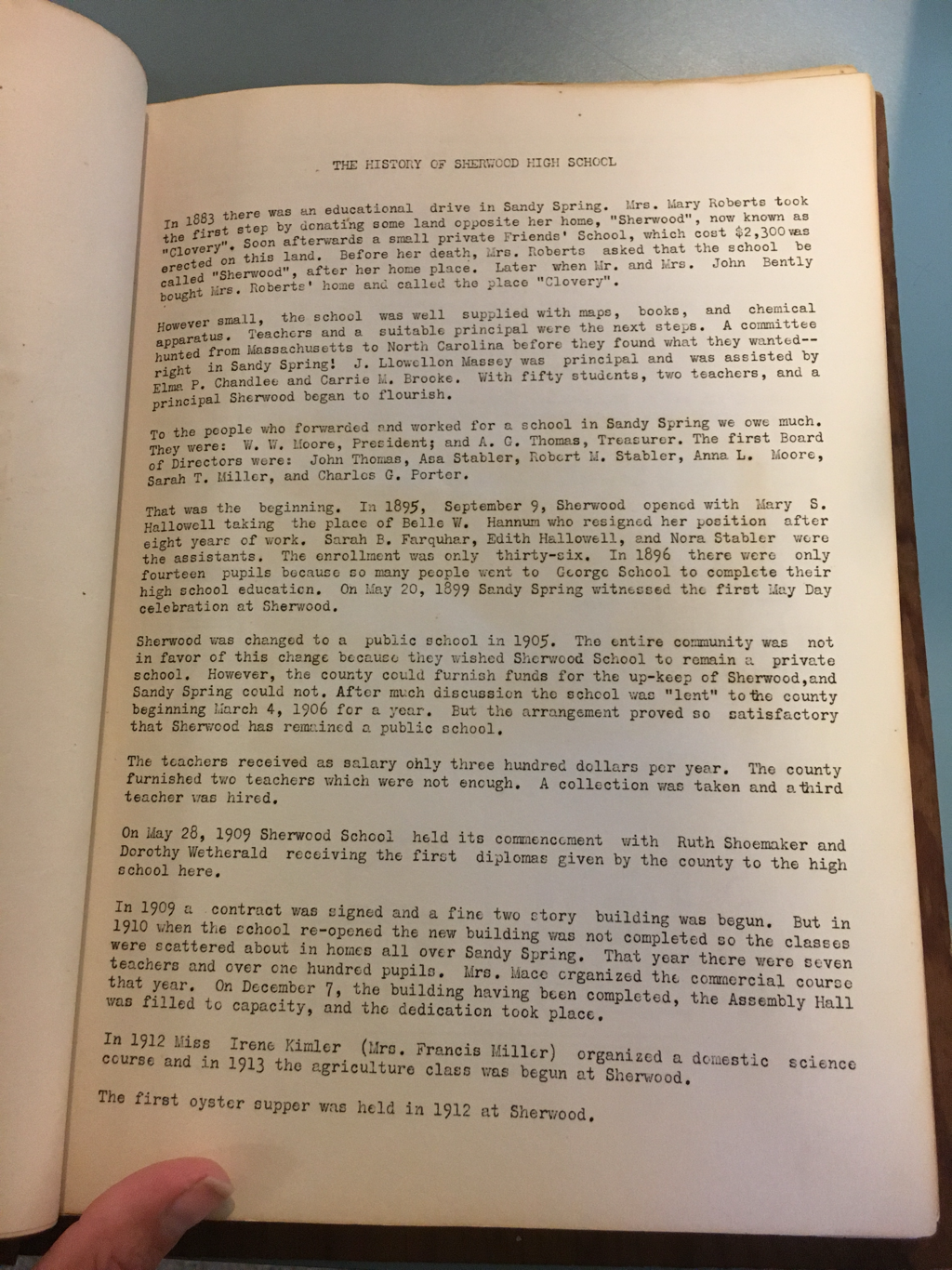 Menchie’s Has Closed Their Only MoCo Location (Montgomery Mall)