A 16-year-old has been charged as an adult after an incident yesterday which resulted in Clarksburg High School and Rocky Hill Middle School to go on lockdown for several hours. Details below courtesy of MCPD:

Gaithersburg, MD – A 16-year-old male has been charged as an adult following a confrontation in Clarksburg on the morning of Wednesday, April 6, 2022.

Nafees Muhammad was taken into custody at his Clarksburg home in the 12200 block of Elm Forest Court after Montgomery County Police detectives identified him as a person involved in a dispute near Muhammad’s home on the 22400 block of Brick Haven Way.

At approximately 10:18 a.m., the Montgomery County Emergency Communications Center (ECC) received a call from a resident stating that an individual approached the complainant at his home, and pointed a handgun at the complainant following a dispute over the suspect allegedly striking the complainant’s car while parking. The complainant advised that the individual, later identified as Muhammad, reportedly fled the location in the direction of Clarksburg High School.

As a result of the initial report for a person with a handgun, Clarksburg High School, Rocky Hill Middle School, and the Goddard School, were all placed on lockdown at approximately 10:35 Wednesday morning.

During the course of the investigation, detectives were able to identify and locate Muhammad at his residence, and at 11:04 a.m., he was taken into custody and transported to the 5th District station to be interviewed. Muhammad’s vehicle was found nearby and towed to 5D for investigation. Detectives learned that Muhammad is a student at Clarksburg High School and that he had entered the school following the confrontation on Brick Haven Way, but eventually left the campus.

Detectives executed search warrants on both Muhammad’s home and vehicle and located three Polymer80 kits used for the production of privately made firearms (PMF), commonly known as “ghost guns,” 9mm ammunition and a safe.

A search of Muhammad’s vehicle yielded a loaded PMF Polymer80 9MM handgun with an extended 30 round magazine.

Nafees Muhammad was transported to the Central Processing Unit and charged with first-degree assault, possession of a handgun, handgun by a minor and use of a handgun in the commission of a violent crime.

This is an ongoing investigation. 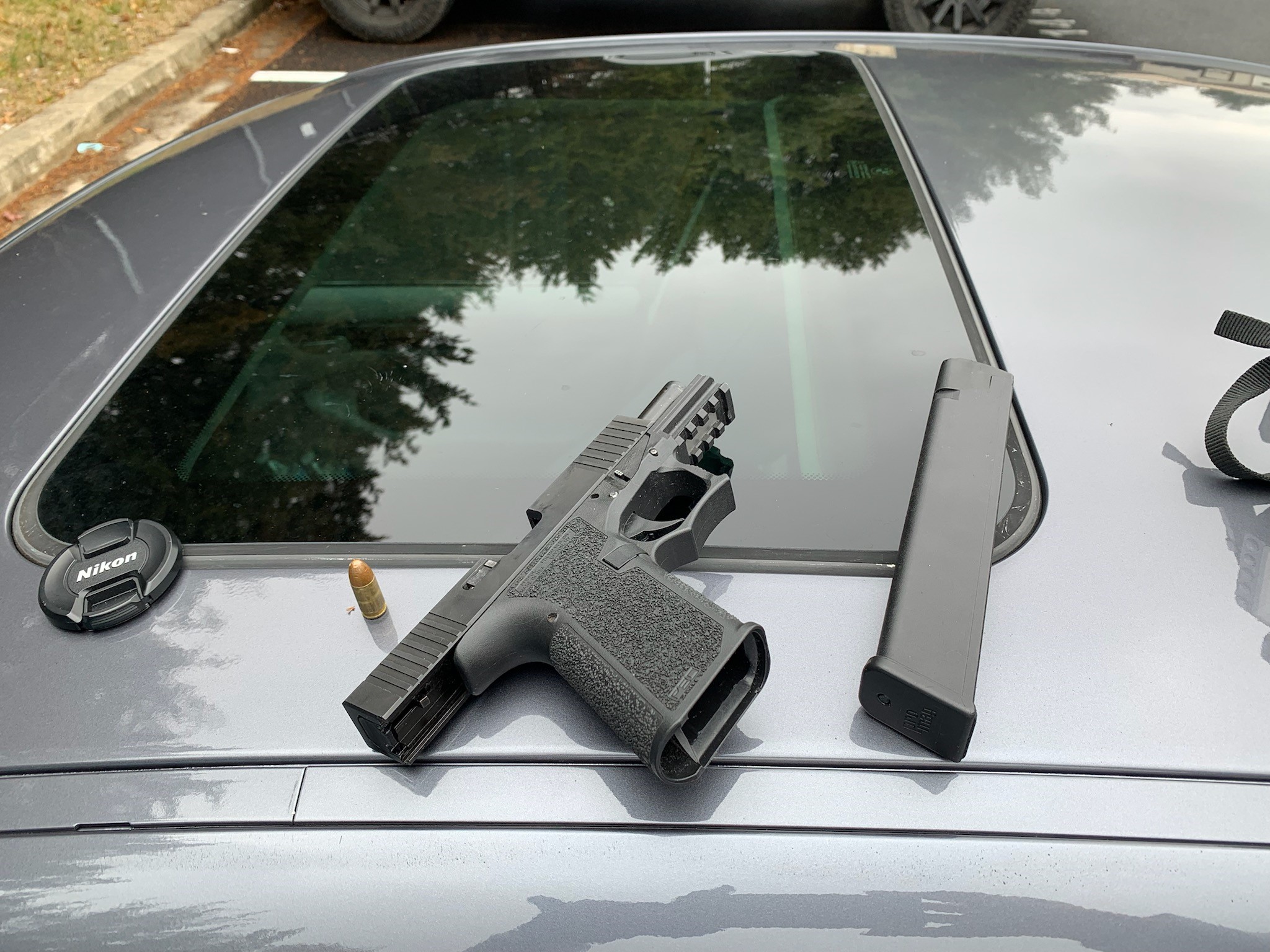 The DMV Auto Show is Coming to Clarksburg

Five Arrested for Illegal Possession of a Handgun...