You may have seen your weather app display a snowflake or let you know that some winter weather is possible tonight into tomorrow.

A period of rain and snow is likely early Wednesday morning. Temperatures have been warm and the ground will likely be too warm for anything to stick, but some snow is possible the further north/west you go. As you can see in the National Weather Service map below, the expected snowfall is less than an inch, with none expected in central and SE MoCo. 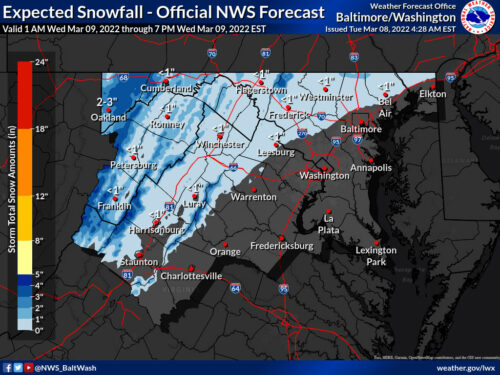 The high end amount shows half an inch to an inch and a half, depending on where you’re at in the county. Keep in mind that if this were to happen, it would likely only stick on grassy areas. 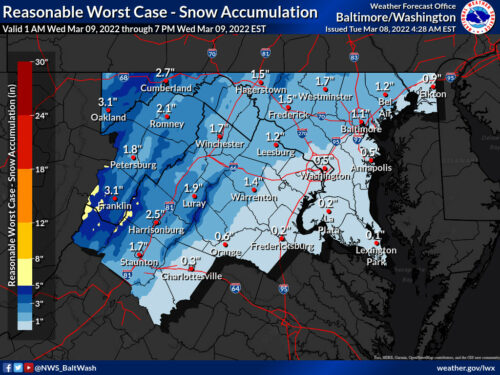 The probability of us getting more than in inch is about 2-20%, depending on your location in the county, per the map below. 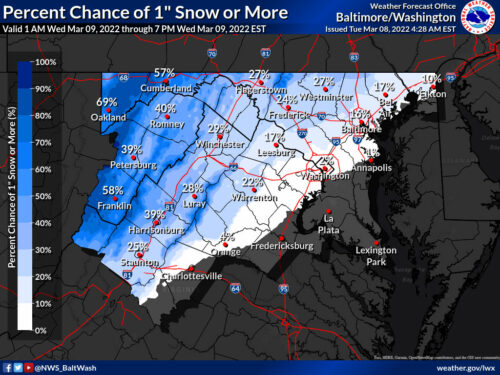 This is less of a threat when it comes to closing anything down and more of a reminder that it’s still technically winter.A wintry mix is also possible for Friday into Saturday, but could also just be rain. We’ll monitor that one and have an update on this one later tonight.