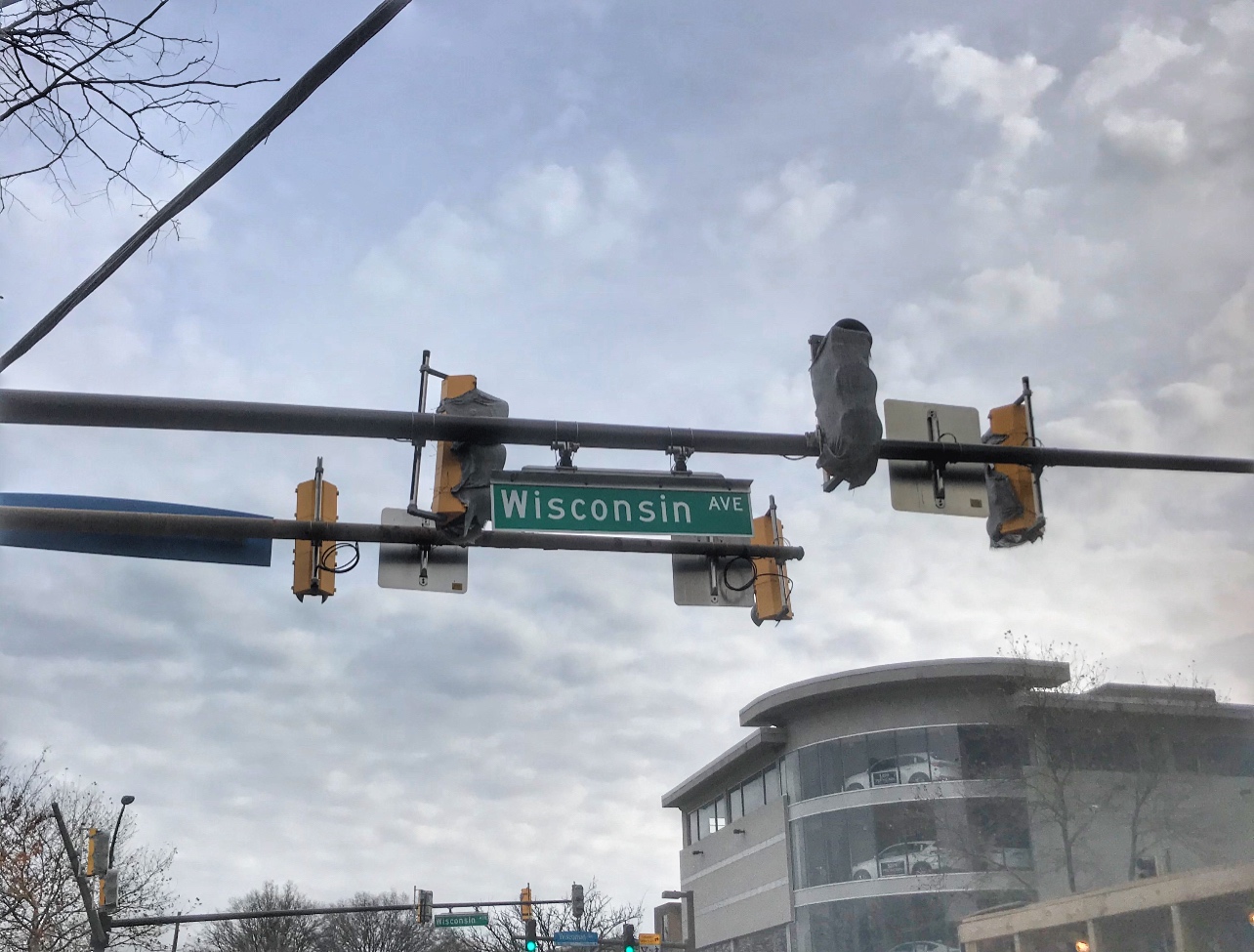 In Washington, D.C. there is a road named for all 50 States in the Union. Due to Montgomery County being on the border of DC, some of these roads extend into MoCo.

Wisconsin Avenue
-In MoCo it starts as Wisconsin, changes to “Rockville Pike” at Walter Reed Hospital, followed by “Hungerford Drive” and then becomes “Frederick Road” in Gaithersburg. It goes through Friendship Heights, Bethesda, Pike & Rose, Rockville, Gaithersburg, and Clarksburg.

Massachusetts Avenue
-Starts in MoCo at Westmoreland Circle and ends in Glen Echo.

Oregon Avenue
-Borders MoCo in Chevy Chase, on the west side of Rock Creek Park.