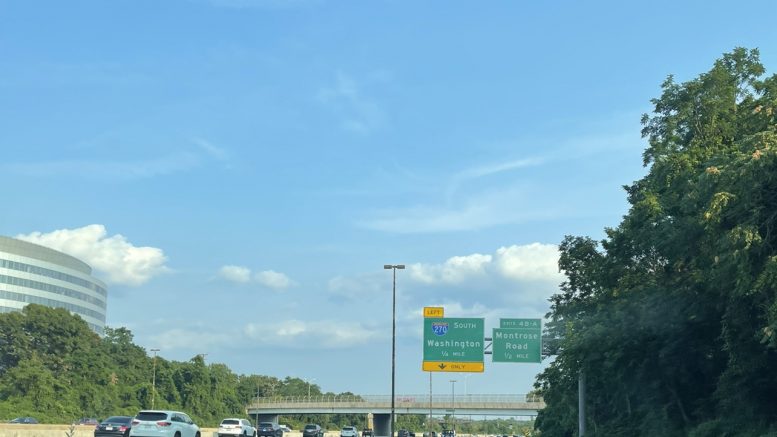 “In a letter to the County Council today, Maryland Transportation Secretary Greg Slater clarified the State’s commitment to fund a major transit project serving Montgomery County with toll revenue from Maryland’s program to expand capacity for the American Legion Bridge and I-270 Corridor.

“This new commitment builds on prior changes we have been asking for, including removing the eastern section of the beltway from the plan, rebuilding the American Legion Bridge so that it can structurally support a future transit line, and including a shared use trail on the bridge.

“For more than a decade, Montgomery County has supported adding capacity to the American Legion Bridge and the Beltway west of the I-270 Spur, in the context of a multi-modal approach to the 270 Corridor. Based on recent conversations, we appreciate the State’s new commitment to specifically fund design of one of our longstanding transit priorities, either the Corridor Cities Transitway or bus rapid transit on Route 355, at the outset of the project and work collaboratively with the County to develop plans for construction, operation, and final delivery funded through ongoing toll revenue. It should also be noted that the express toll lanes and their direct connections to several crossing roads afford the opportunity to provide high-speed bus rapid transit service up and down the I-270 Corridor and to Tysons Corner, Dulles Airport, and other destinations in Virginia.

“In addition to sustained funding for transit priorities as part of a multi-modal project, we will continue to advocate for changes to the project that: sufficiently mitigate impacts on residents and businesses; safeguards the interests of Montgomery County taxpayers; and achieves an appropriate and respectful resolution to protect sensitive community resources such as the Moses Morningstar Cemetery.

“We hope to move forward and work collaboratively and constructively with Secretary Slater on these issues of concern and to do so in a way that does not make the much-needed improvements to the American Legion Bridge ineligible for federal approval and funding.

“Ultimately, we recognize that Montgomery County must remain tightly connected with the rest of the Washington metropolitan region. With a real transit alternative and further opportunities to work with the State to improve the project moving forward, we believe the County should vote to allow the project to be included in the ‘Visualize 2045‘ air quality conformance analysis at the Transportation Planning Board.”

This Week’s Message from the County Executive

Be the first to comment on "Statement on the American Legion Bridge, I-270 and Transit from five Montgomery County Councilmembers"