There will be a march and vigil Friday night in Silver Spring to honor victims of last week’s mass shooting in Atlanta, GA.  The march is being organized by members of the local Asian/Asian American community who are disheartened and angered by recent events.

Participants are asked to meet at the corner of Sligo Creek Pkwy and Route 29 at 6PM. From there, they will march to the Civic Building at Veterans Plaza in Downtown Silver Spring (9300 Sligo Creek Pkwy).

On March 16th, eight people were killed, six of which were Asian women, at three different massage parlors in Atlanta. Hate crimes against Asians/Asian Americans is reported to have increased 150% in major U.S. cities since the beginning of the pandemic. 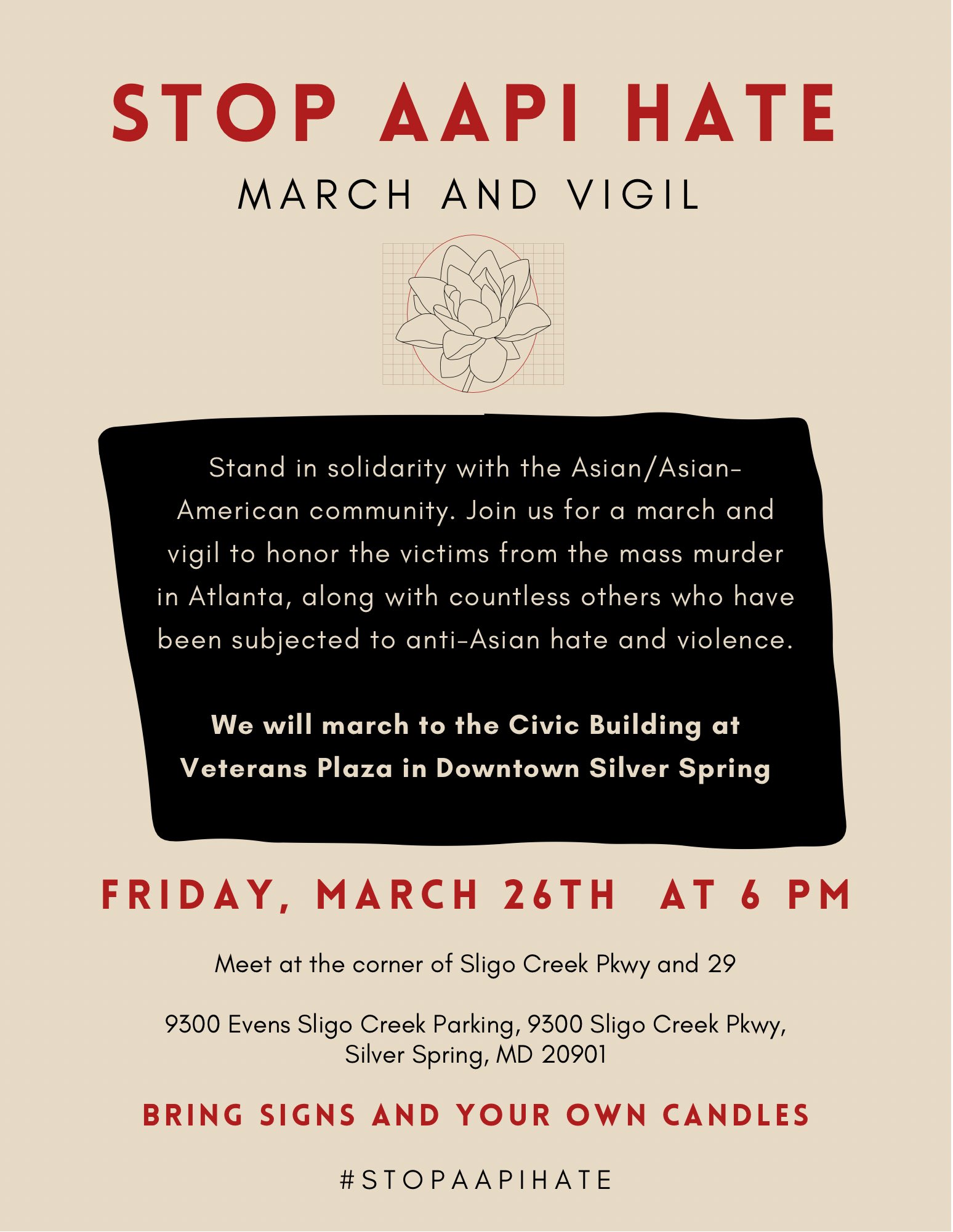 Is there any information on what organization(s) are organizing this event?