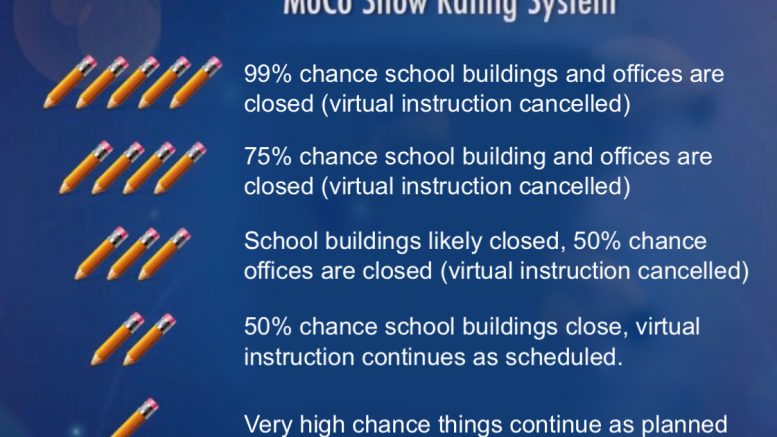 Most of us woke up to a coating of snow on the ground and more snow falling. The snow should continue on and off over the next couple hours before the chance of some heavier bands later in the afternoon.

It looks like the initial call of 3-6” for today’s snow is still likely by the time this wraps up this evening. Some mixing may occur into the night.

Overnight and early this morning, a lot of the short range models were showing not much snow for the “wrap around” that could come tomorrow.

As of late this morning, there has been at least some support that we will get more measurable snow tomorrow. So to not get anyone’s hopes up on either side…it’s still uncertain.

This storm is what’s called a Miller B and to be perfectly honest with you, they rarely work out in our favor. They are complicated storms that require a lot to happen in order for things to be in place for us to get a lot of snow. With that said, they’ve worked out for us in the past and this is a long storm that could bring a lot of surprises.

We have unofficial reports of ~3” in Clarksburg, so we remain confident in most getting that initial 3-6” but here are the possibilities for tomorrow as it looks now (around 1pm):

• We see additional snow totals similar to what we got today, which could raise our totals to the higher end of projections. 30% chance

Here is our first virtual learning pencil prediction for Monday, 2/1 (please see matrix below, released by MCPS on Friday for more information)– likely to be updated tonight:

We think both school buildings and offices would have been closed today if it was during the week, which would have led to virtual instruction being cancelled.

However, with the uncertainty of what’s to come tomorrow, we can’t confidently predict anything higher than 2 pencils right now. As the low forms off the coast, and we have a better idea of what we’re going to get…this prediction will be updated. 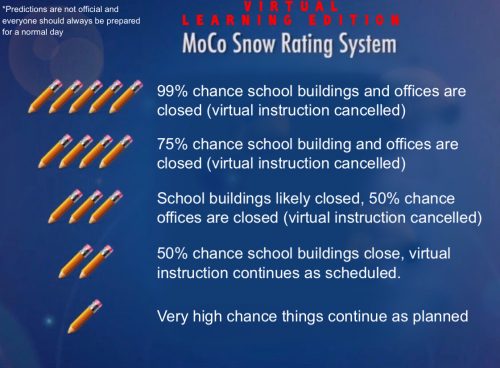 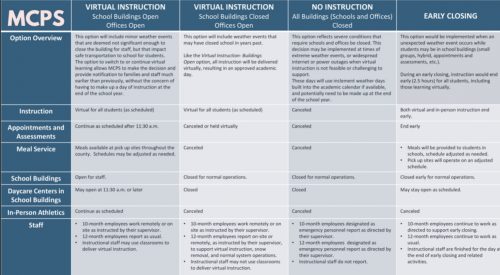 Be the first to comment on "Sunday Afternoon Update (1/31/21) with First Pencil Prediction for Monday, 2/1"