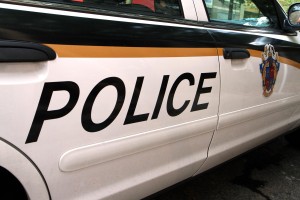 Detectives from the Montgomery County Department of Police – Major Crimes Division have arrested and charged Stacy Howard Moore, age 48, of the 3400 block of 55th Avenue in Hyattsville, with offenses related to the January 22, 2003 home invasion robbery that occurred at an apartment in Silver Spring.   Moore was 30-years-old at the time this home invasion robbery occurred.  In March of this year, Moore was identified as a suspect from DNA evidence collected at the crime scene.  Investigators have determined that there was no known association between the victims and Moore.

This investigation began at approximately 9:05 p.m. on January 22, 2003, when 3rd District officers responded to an apartment in the 9100 block of Piney Branch Road for the report of a home invasion robbery that had just occurred.

At approximately 8:30 p.m., two and half hours after the suspect’s forced their way into the apartment, the husband’s 22-year-old entered the apartment.  The suspects assaulted the brother, duct-taped him, and poured bleach on him.   The suspects stole property before fleeing.

The victims freed themselves from the duct tape and immediately called 9-1-1.

During the on-scene investigation, detectives learned that the suspects used socks they found in the apartment to cover their (the suspect’s hands).  These socks and additional evidence were collected by detectives.

On March 22, 2021, the Montgomery County Department of Police Crime Laboratory received notice from the Combined DNA Index System (CODIS) that a suspect’s DNA sample obtained from a sock one of the suspects wore on his hands matched the DNA profile for Moore.

On April 22, Moore was arrested in Hyattsville on the strength of the Montgomery County arrest warrant.  He was transported to the Central Processing Unit and is being held without bond.

Detectives continue to work to identify the remaining two suspects.  Anyone who may have any information regarding this January 22, 2003, home invasion robbery is asked to call the Major Crimes Division at 240-773-5100.