That Smoothie Place is coming to Damascus, taking over the location that was formerly home to Sprint in the Damascus shopping center at 9815 Main Street, suite 106. That Smoothie Place has been operating as a food truck since 2018, frequenting Damascus and other surrounding areas.  Coming soon signage has been put up in the upcoming storefront, but we are not yet aware of an opening date.

That Smoothie Place offers a variety of smoothies known as “Rock Star Smoothies” named after popular rock stars of the past and present. The featured photo shows a special known as “The Lennox” named after Annie Lennox of the popular 80s group Eurythmics and contains apple, banana, apple cider  and a few other ingredients. Other smoothies on the menu include the Ozzy, Ringo Starr, Jagger, Morrison, and more. 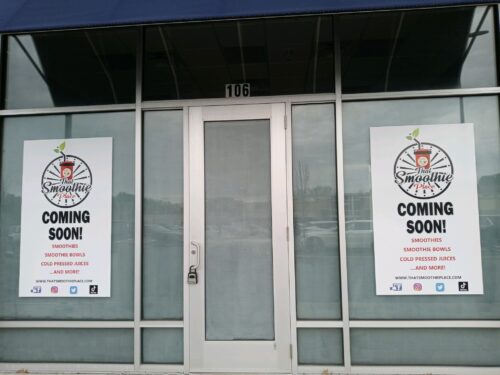 You missed out on what is the best part of this smoothie business. They will be employing persons with special needs. ♥️ The owner, who is local to Damascus has 3 children with disabilities. Being a mother of a child with autism I love to see the inclusion.