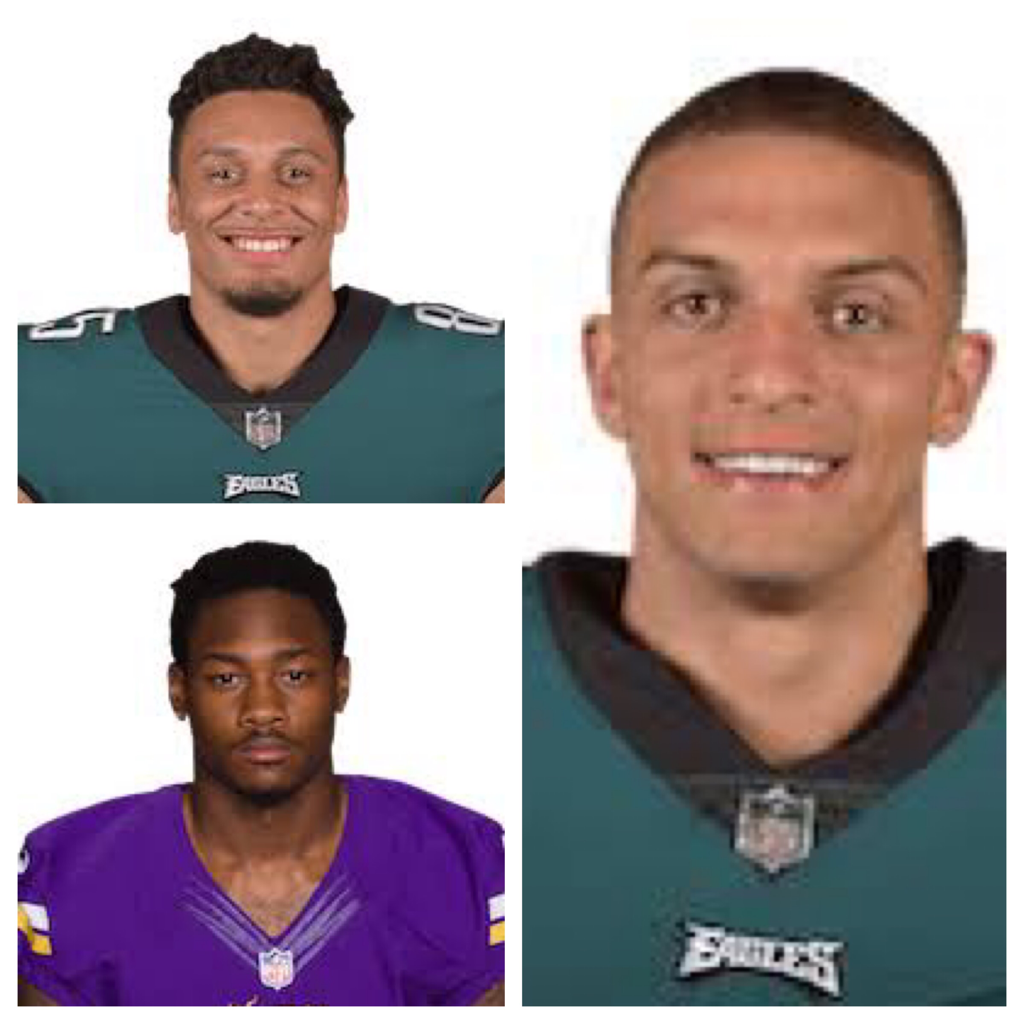 Photos courtesy of the NFL
The 2018 NFC Championship game between the Eagles and the Vikings will include two MoCo natives.

Wide receiver, Mack Hollins, is a rookie receiver for the Philadelphia Eagles. He caught 16 passes for 226 yards this season. His lone touchdown came earlier this year against the Washington Redskins. In his first playoff appearance against the Falcons, Hollins caught 1 pass for 9 yards. He is a graduate of Wootton High School.

Tight end, Billy Brown, is a member of the Philadelphia Eagles practice squad. The rookie tight end hasn’t been signed to the active roster this season, but the Eagles coaches remain high on the Gaithersburg Trojan graduate.

Last week’s hero, Stefon Diggs, has 64 catches for 849 yards and 8 touchdowns this season. He helped the Vikings advance with a spectacular 61 yard catch and run last week against the Saints as time expired. He is a Good Counsel graduate and played his college ball at the University of Maryland.