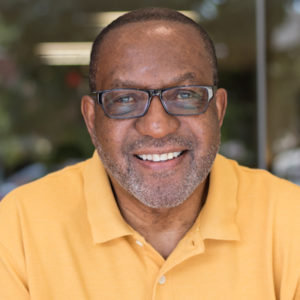 After 23 years on-air, WAMU announced Wednesday that “The Kojo Nnamdi Show” will air its last live show on April 1, 2021.

WAMU reported that the host Kojo Nnamdi expressed his wishes to step back from his normal duties at the radio station last year. The popular radio host will continue to host WAMU’s “The Politics Hour” with resident analyst Tom Sherwood. Nnamdi will also continue to host his show “Kojo In Our Community,” focusing on local issues and communities.

Now a multi-award winning journalist, Nnamdi began “The Kojo Nnamdi Show,” originally “The Derek McGinty Show,” in August 1998 when Nnamdi replaced Derek McGinty as host. The radio show has since been a place of conversation for the Greater Washington area, including regional topics like Washignton’s changing demographics and its local politics. “I think we’ve contributed towards having people in this region feel like ‘this is mine, this is ours,’ ” he told DCist in an interview.

Even after thinking about dialing back his role at WAMU for years, Nnamdi admits the change is still bittersweet. “I’m grateful to all of the amazing producers and support staff who contributed to my impact over the years — and hopeful they never reveal that they do most of the work — and I am very much looking forward to this next chapter in my relationship with WAMU,” Nnamdi said in WAMU’s announcement.

Java Nation is Coming to Kentlands!