The Meal Alex Ovechkin Eats Before Every Home Game 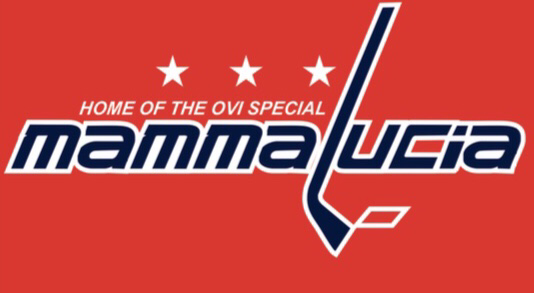 Chicken Parmesan with red sauce, plain pasta with four different sauces on the side, and bread. The sauces included are marinara, Alfredo, meat sauce, and Ovi’s favorite– mushroom Marsala. 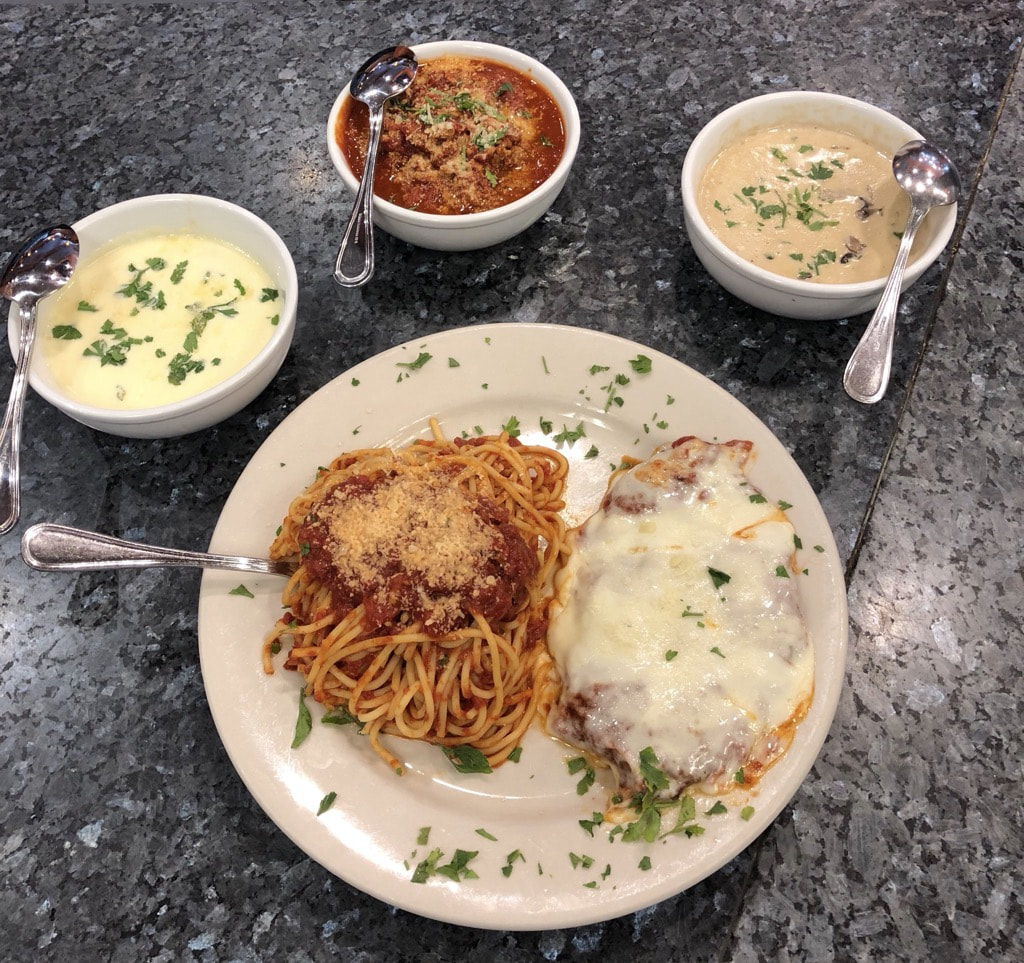 This is the meal that Alex Ovechkin eats before every single Caps’ home game– and it comes from MoCo’s very own, Mamma Lucia.
​A couple weeks back, Caps defenseman Brooks Orpik’s entry into The Players’ Tribune was titled “Mamma Lucia! Mamma Lucia!” In the piece, he described the differences between playing with Sidney Crosby and Alex Ovechkin and went into detail about Ovi’s game day meal from Mamma Lucia prior to every home game.

“Ovi always orders the same thing — Mamma Lucia, which is this pasta dish that’s like chicken parm with noodles, bread, cheese, the kind of thing you want to take a five-hour nap after eating. He makes a big display of it too. There’s no shame. It’ll be eleven in the morning, way before anyone is really thinking about eating lunch, and Ovi will walk into the dining area yelling, “Mamma Lucia! Mamma Lucia!”

David Kottler, who manages the Bethesda location, told me, “We’ve been feeding Ovi for over a decade.” He said, “It used to be about 1/3 of the team, but the Caps ended up getting their own chef over at Kettler. So we were asked if we could do it just for Ovi…and you don’t say no to Ovi.” 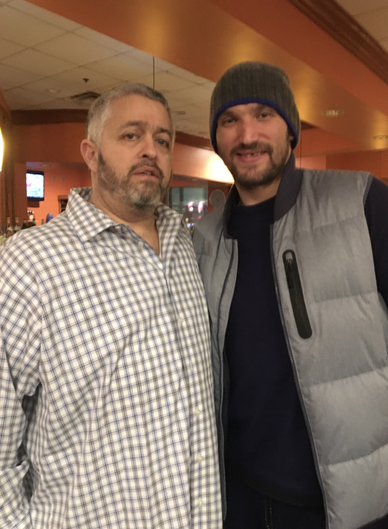 Alex Ovechkin stands with Mamma Lucia manager, David Kottler, at the Bethesda location
​
Mamma Lucia has delivered the same meal for every home game this season (except for a couple noon games). I was told that 39 deliveries went out to Kettler, 1 was made to Annapolis, and 1 was sent to the J.W. Marriott on 13th and Penn prior to game 5 of the Columbus series, since Barry Trotz wanted the team to stay in a hotel prior to the game. Below you’ll see a tweet about Ovi’s famous meal.
​
​Advertisement: Buying and selling a home shouldn’t be difficult. Adam Nelson is here to make it easier. 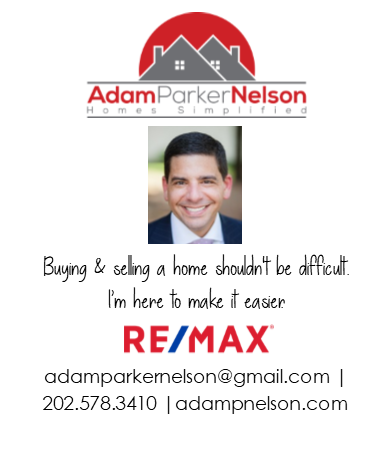 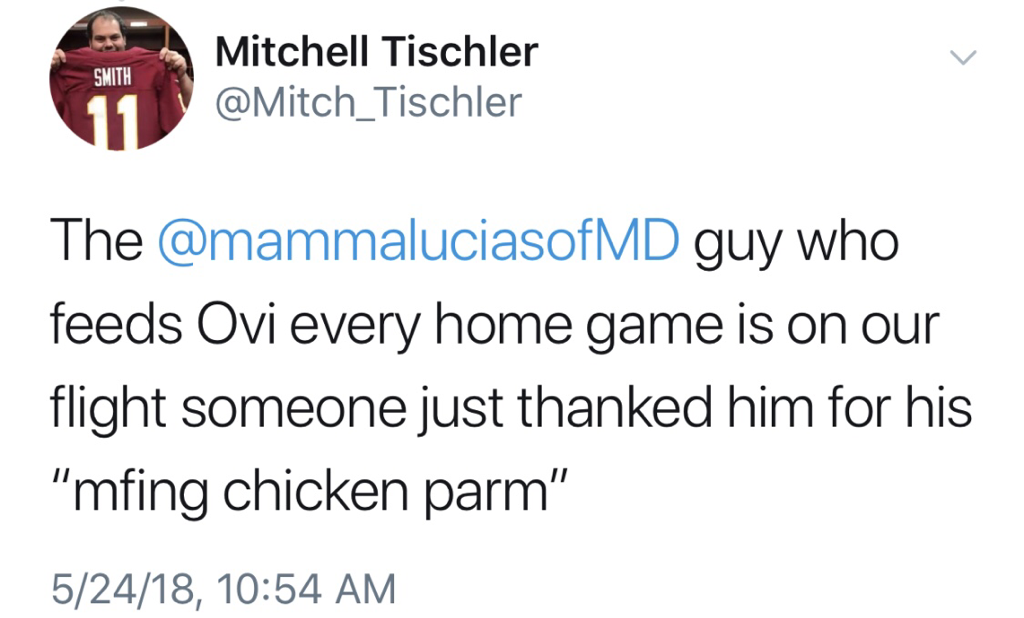 Though Ovi won’t be eating his chicken parm until the Caps are playing back at home on Saturday, Mamma Lucia is offering the “Ovi Special” every gameday (dine-in, delivery, and carry-out). It comes with chicken Parmesan, a salad, pasta, and a large cheese pizza for just $25. 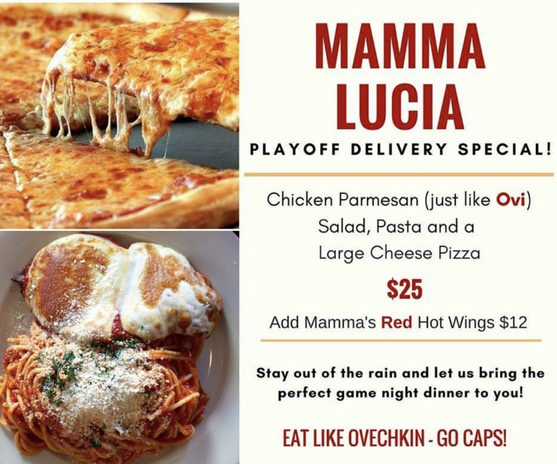 Mamma Lucia has been in MoCo for over 2 decades, opening their first location on Rockville Pike. They’re now up to six with two locations in Rockville, one in Olney, one in Bethesda, one in Silver Spring, and one in College Park (their only non-MoCo location).

I recently had the chicken parm myself, just to see what all the fuss was about. I used the Rosè sauce on the pasta (ravioli Rosè is my favorite dish), and it was amazing. 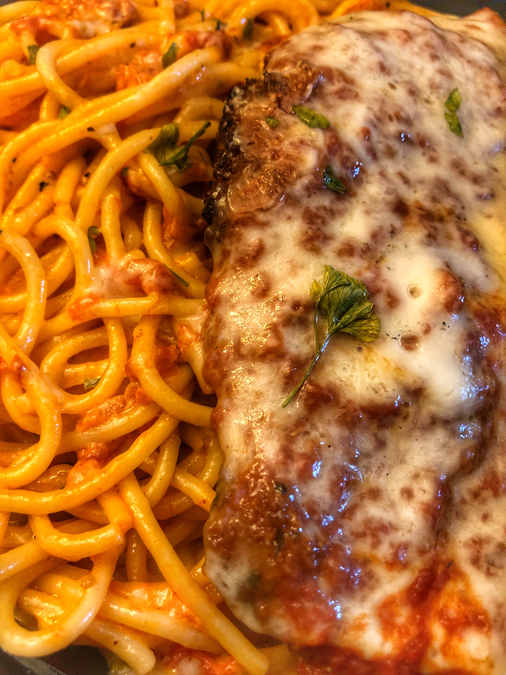