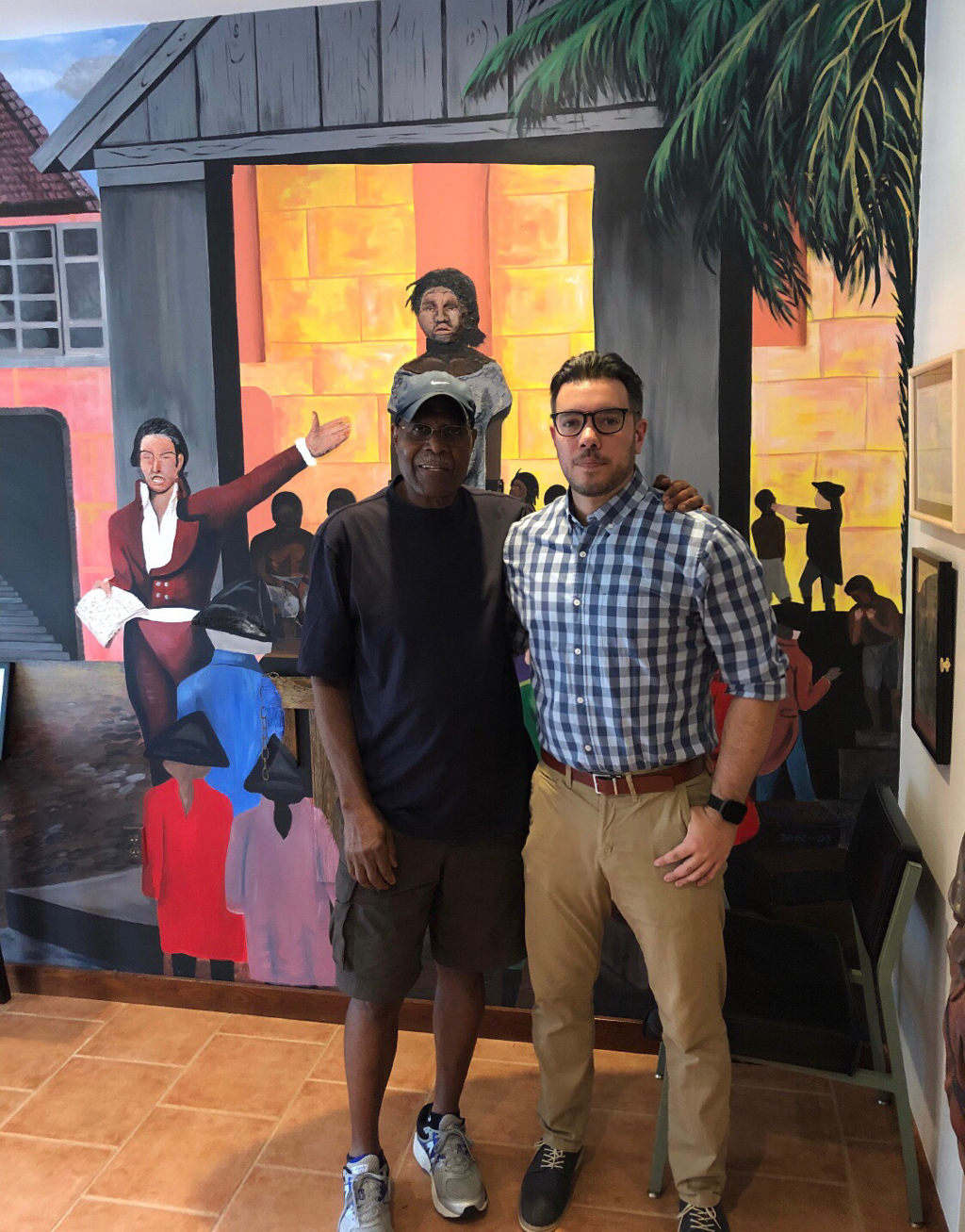 I had the pleasure of sitting down and speaking with him for about an hour last September at the Sandy Spring Slave Museum.

”Crutch” as he was affectionately known to many was an amazing person that went through a lot in Montgomery County.

Growing up in the 40s, he attended segregated schools. He told me of his elementary school in Rockville, which only had half days. There were two to three classes in one room with smal partitions separating the classes, and the only toilets in the school were outside.

He went to Carver High School, which was located on what is now the corner of Hungerford and Mannakee in Rockville. Carver was unique in that it served only graded 10-12. Kids were bussed in from across the county and sometimes had to leave their homes as early as 3am.

“Then I had to visit Uncle Sam” he said, referring to being drafted into the military. “They wanted me to be a para trooper or be in the special forces...but I didn’t want to jump out of any plane!” He did well in science so he was attached to the medical unit in Germany for two years.

When he came back he received a call and was told that he had a job as a traveling P.E. teacher. For four years he travelled between Rockville, Monocacy, and Clarksburg.

During this time he was involved with basketball on the segregated playgrounds in Rockville. A man approached him during a Lincoln Park vs. Twinbrook game and asked if he’d be interested in coaching track, so he was brought in as an assistant basketball coach and track coach at Sherwood High School.

“For cross-country, we’d run all over Ashton. Most of the team was white, and the school would get calls every day asking why a black man was running around with all these white kids.” Crutch told me as he recalled his early coaching days.

Almost unable to control his laughter, Crutch shared a story with me, ”There were orchards all over so the kids would snatch apples, peaches, and whatever fruit they’d run by. I got called in by the principal who asked me if I knew anything about this. I told him I had no idea and that I’ll make sure they stop, but I was trying to hide the fruit I had in my pocket too!”

When he became the head coach of the girls basketball team at Sherwood (the first black head coach in MCPS history), schools would try to charge him to enter games. “I had to have my white assistants come out and get me cause they wouldn’t let me in sometimes.” It didn’t stop there, as referees would often show a lack of respect for Crutch, “When we were in the state championship game the ref came and spoke with one of my assistants instead of me.”

”One thing I did have was the support of all the kids. They were behind me from the start.” He remembers teachers smoking in the faculty lounge so he’d take his lunch to the office and kids would come down and eat with him. It started with a few kids and quickly became a large group rushing just to get a seat.

Crutch taught until 1996. He lived in Rockville all of his life and told me he loved every second of it. I asked him about his favorite restaurant in MoCo and he told it was “Silver Diner. Because you can find healthy stuff and it’s not expensive.”

In honor of Warren Crutchfield, I will continue to try to make our whole county one big neighborhood. A place we can all learn about what’s happening, have civil conversations (even if we don’t agree), learn about the rich history of our county, and occasionally get together and hang out.

Crutch certainly left his mark on Montgomery County. He will be deeply missed.