Back in 2017, the MoCo Show did a piece where we highlighted the most famous person from every MoCo high school. Three years later, it’s time for a sequel..

With sports coming back from the coronavirus pandemic, we thought it would be interesting to find out who the most notable athlete to come out of every MoCo high school was. Keep in mind that we are listing the most notable, not the most successful, though success was taken into account while creating this list. We also only looked at current public high schools. Private schools are an entirely different list.


If you disagree, let us know who you think the most notable athlete from each MoCo high school is in the comments.

A multi-sport athlete in both high school and college, Bill Guckeyson excelled in track & field, football, and basketball. He was the first player to be drafted out of the University of Maryland when the Philadelphia Eagles selected him 51st overall in the 1937 NFL Draft. Rather than play professionally, Guckeyson enrolled in the U.S. Army, where he served his country during World War II. Tragically, he was killed in action during a dogfight over France. 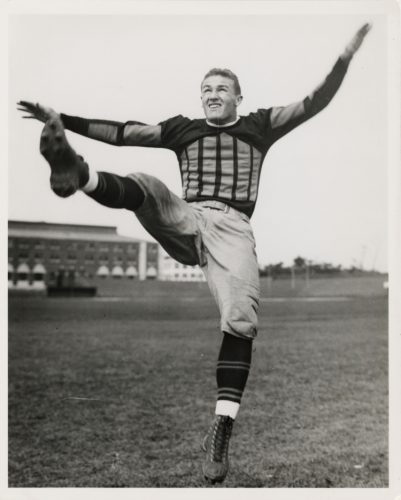 One of the greatest high school basketball coaches of all time, Morgan Wootten coached the DeMatha Catholic High School Stags from 1956 to 2002. During his time as the head coach, Wootten led his teams to 33 Washington Catholic Athletic Conference titles, 22 Washington high school championships, and 5 national championships. He is currently enshrined in the Naismith Memorial Basketball Hall of Fame, where he is the only high school-only coach to be a member. Wootten tragically passed away earlier this year. 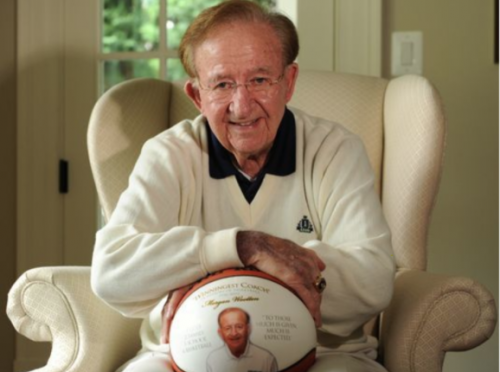 As a member of the Maryland women’s lacrosse team that won the 2017 NCAA championship, Caroline Wannen was named to the All-Big Ten Team for her season performance. Prior to college, she was a multi-sport star at Blake, setting numerous records in both lacrosse and basketball. She is currently the all-time assists leader in Blake girl’s basketball history. 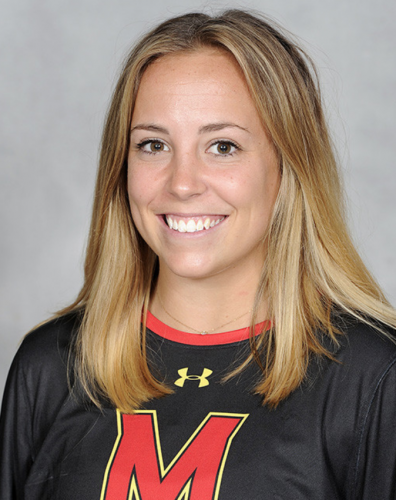 Dyson was a member of the 2011 UCONN Huskies men’s basketball team that won the 2011 NCAA Tournament. After college, he played a single season in the NBA with the New Orleans Hornets before moving overseas, where he has since won championships in both Italy and Israel. He currently plays for the Italian team Fortitudo Bologna. 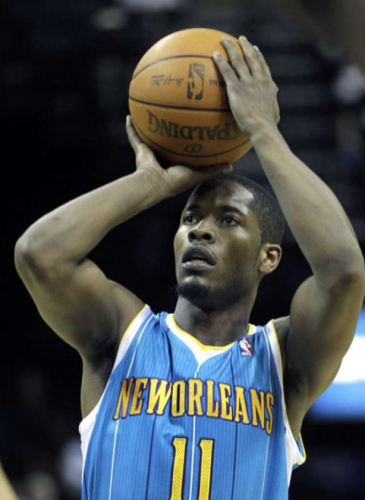 Ace Clark was a standout defensive back for the Western Carolina Catamounts during his collegiate career. He later played for the Seattle Seahawks in the NFL, and also played briefly in the Fall Experimental Football League and the Indoor Football League. He currently coaches youth football at the Bethesda-based youth sports group KOA. 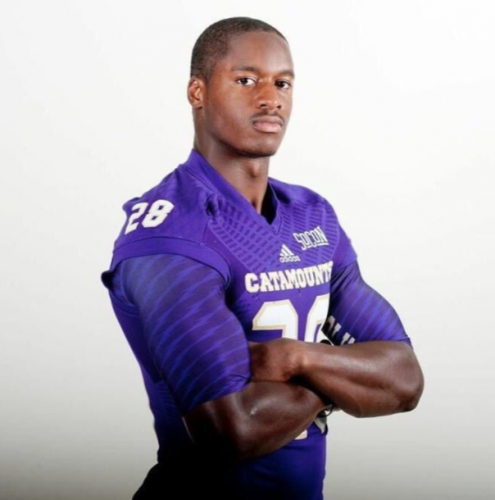 After leading Damascus to two consecutive state championships in 1993 and 1994, Kevin Thompson moved to Penn State, where he was a two-year starter. While he never made it in the NFL, he did have several good years in the short-lived NFL Europe, playing for the Frankfurt Galaxy and the Cologne Centurions. 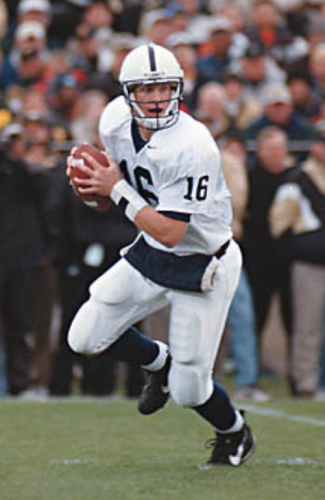 Arnold Ebiketie was one of the most dominating defensive players in MoCo history, tallying up 25 sacks in his senior season at Einstein. Now that’s a stat that even the best professionals would kill to have. Ebiketie currently plays for the Temple Owls, where he is an integral part of their dominating defense from the last few years. 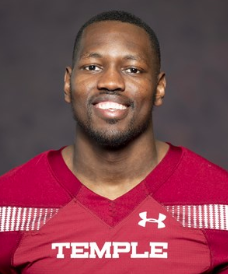 “Awesome Dawesome” was a 10-year member of the United States Gymnastics National team and a member of the “Magnificent Seven” that won gold at the 1996 Summer Olympics. Dawes became the first black woman to win a gold medal in gymnastics during the Olympic games that year. She also won an incredible 15 gold medals in the United States National Championship between 1991 and 1996. Dawes also served in the Obama administration as the co-chair for the President’s Council on Fitness, Sport, and Nutrition. 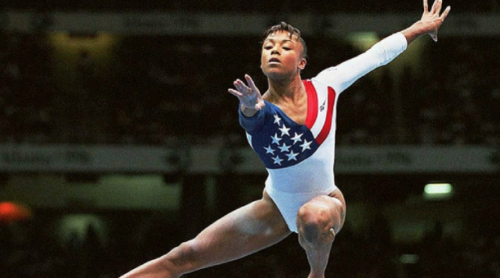 Erik McMillan was drafted by the New York Jets in 1988 and quickly became one of the NFL’s best cornerbacks of the late 1980’s. McMillan was the AP Defensive Rookie of the Year in 1988, went to two Pro Bowls, and had 22 career interceptions, 5 of which he returned for touchdowns. 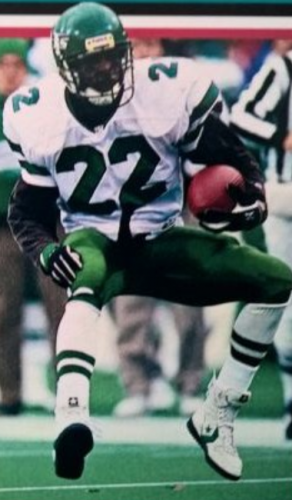 A member of the US Gymnastics team before she even reached college, Courtney Kupets won gold in the 2002 and 2003 World Championships, and represented the United States in the 2004 Summer Olympics. Following her international career, Kupets attended the University of Georgia, where she dominated the collegiate level, winning 13 gold medals between 2006 and 2009. She is currently the coach of the University of Georgia gymnastics team. 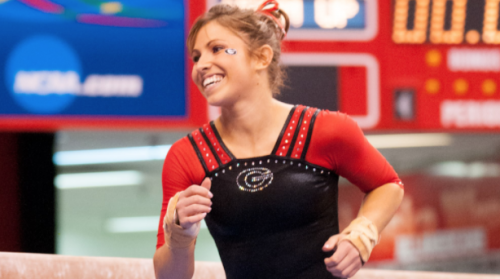 If you’ve never heard of canoe slalom, think of it as extreme whitewater rafting. Ashley Nee is currently one of the best American slalom canoeists in the world, having represented the United States during the 2016 Summer Olympics. She also won gold at the 2019 Canoe Slalom World Cup. 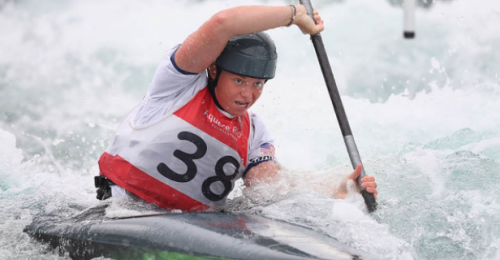 After a less than successful career in the NFL, Alex Bazzie moved up north to the Canadian Football League. He found much success there, being named a Defensive All-Star in 2016 while playing for the BC Lions. He currently is a member of the Toronto Argonauts. 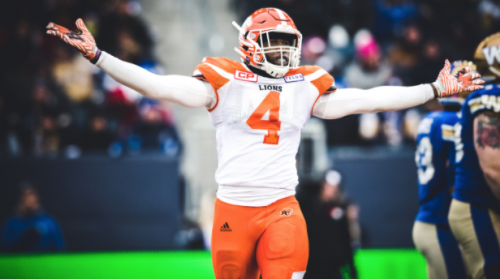 A three-time Pro Bowler and ACC Defensive Player of the Year back in his college years, Darnell Dockett was part of the Arizona Cardinals team that made it to the Super Bowl in 2008. It was during that game that he tied the record for most sacks in a single Super Bowl with 3. He retired following the 2015 season with 459 career tackles, 40.5 career sacks, and 4 career interceptions. 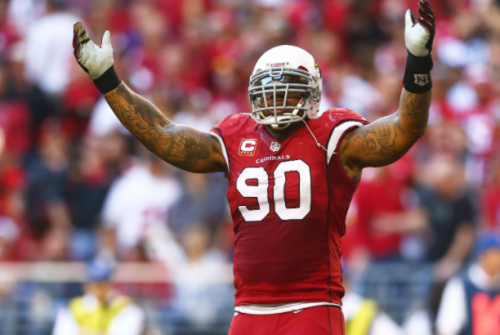 Irvin Smith is another former NFL player who found more success in the Great White North. He was a member of the Baltimore Stallions, the only American-based CFL team to win the Grey Cup (Canada’s version of the Super Bowl). He currently serves as a member of the Montgomery County Fire and Rescue Service. 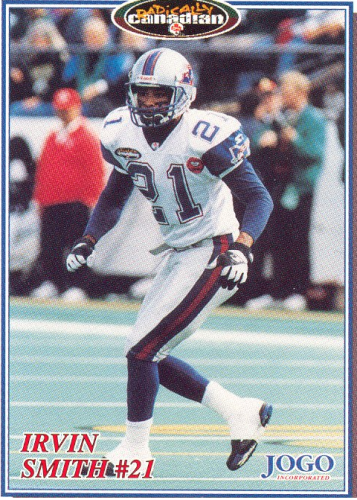 Darnell “The Ding-A-Ling Man” Wilson has a career boxing record of 25 wins, 21 losses, and 3 draws. In 2008, he challenged for the World Boxing Association Cruiserweight title, but lost a unanimous decision to Firat Arslan. 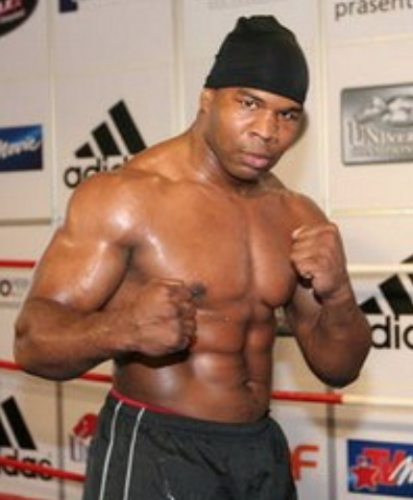 He was regarded as the meanest NFL player of the 1970’s. He went to four Pro Bowls and was named first-team All Pro twice. And he won Super Bowl V with the Baltimore Colts after his late-game interception set up a game-winning field goal. It’s hard to argue against Mike Curtis being included on this list. 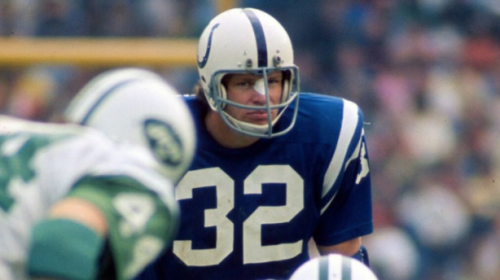 While he’s probably more famous for his unique name, Crusoe Gongbay was one of the few bright spots for an otherwise dismal period for New Mexico football. Between 2011 and 2014, Gongbay rushed for over 1,600 yards and scored 14 touchdowns for the Lobos. 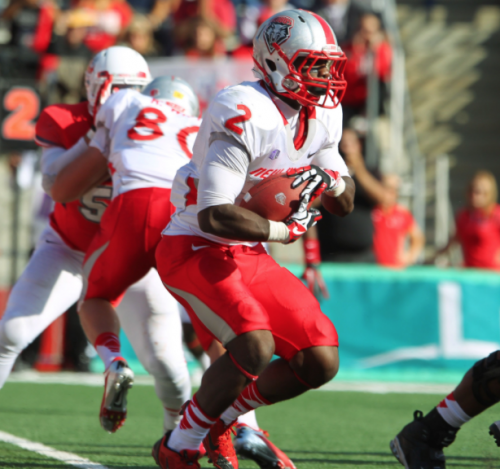 Andre Smith didn’t start to play organized football until his freshman year of high school. But once he did start playing, he became an excellent two-way player, winning All-league and All-state honors. Smith won three ACC championships with Virginia Tech before making it to the NFL, where he played for 4 different teams between 2011 and 2013. 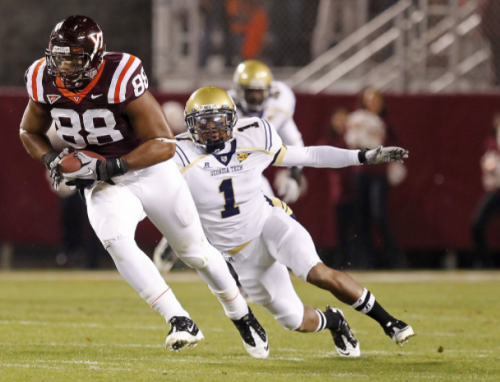 Oguchi Onyewu played against some of the greatest footballers in the world during his career while playing for clubs such as Metz, Standard Liege, Malaga, and Newcastle United. He also won three CONCACAF Gold Cups with the United States National team. 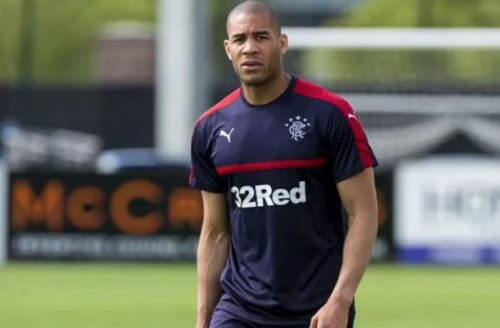 Nicknamed “The Human Backboard”, Harold Solomon was once ranked as the number 5 tennis player in the world. He won 22 singles competitions and 1 doubles title between 1972 and 1986. 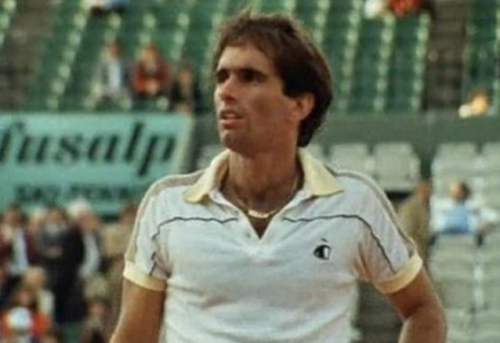 Currently a striker with the Portland Timbers of Major League Soccer, Jeremy Ebobisse has played professionally since 2015. He helped the U.S. U-20 National team win the 2017 CONCACAF Championship, and was a starter in the 2018 MLS Cup for Portland. 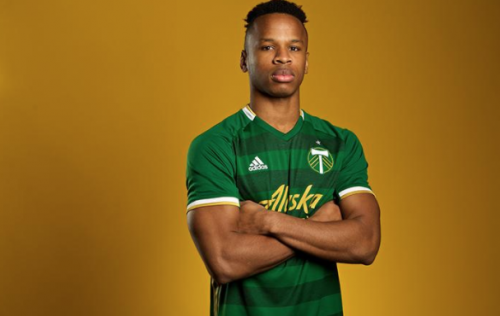 One of the best lacrosse players in the world, Paul Rabil has won championships in the NCAA, Major League Lacrosse, and the National Lacrosse League. He also founded Premier League Lacrosse, where he currently plays. 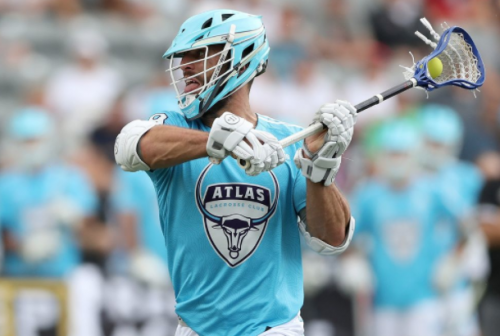 Yes, Josh Hart did only attend Wheaton for his freshman year of high school. But it still counts in our book. After winning a championship with Villanova in 2016, Hart was drafted by the Los Angeles Lakers, spending two seasons with the team. He currently plays for the New Orleans Pelicans. 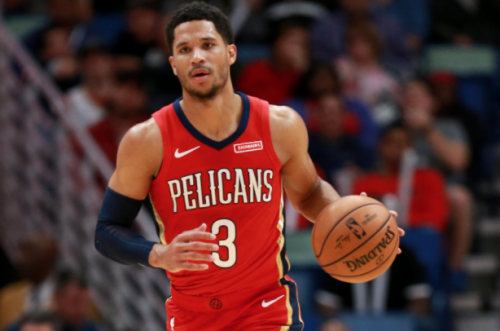 Ryan Kuehl made history when he scored the only playoff touchdown for Whitman in 20 years  during the 1988 State Playoffs. He would play professionally from 1995 to 2007 as a long snapper, ending his career with a Super Bowl ring in 2007. 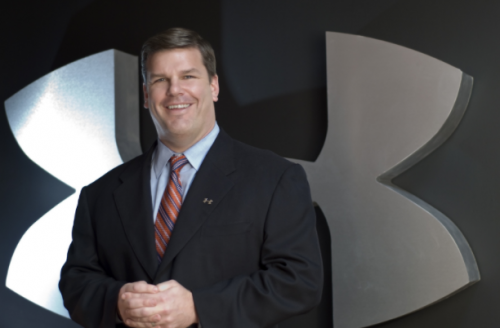 Haley Skarupa has won three gold medals in the World Championships and one gold medal in the Olympics as a member of the U.S. Women’s National Ice Hockey Team. She currently works as a hockey ambassador for the Washington Capitals, and previously played professionally in the National Women’s Hockey League. 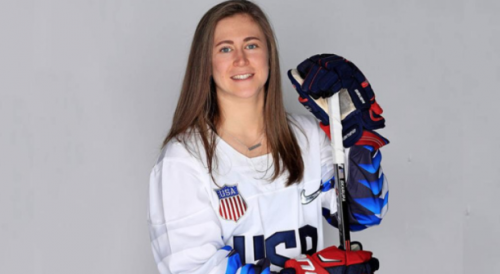