The Wonder Years Reboot Premieres on September 22nd, Original Had Many MoCo Connections

The Wonder Years Reboot Premieres on September 22nd, Original Had Many MoCo Connections

The Wonder Years had a successful run from 1988-1993. Though the series was set in “Anytown, USA” many elements were pulled from right here in Silver Spring, where series writer/producer Carol Black was raised and graduated from Springbrook High School.

Co-creator Neal Marlens wanted the series to be set in Long Island, so you’ll see protagonist Kevin Arnold wearing a Jets jacket throughout the series, but a town was never mentioned and Black made sure to include as much of her childhood neighborhood as she could.

Now, the series is being rebooted. It will be produced by original star of the series, Fred Savage. The show originally tackled hard-hitting issues like the Vietnam War and the everyday struggles of growing up for teenaged boy in the 70s.

The reboot allows us to experience the same timeframe through the lens of a Black family, this time in Montgomery, Alabama. Executive producer, Lee Daniels, shared the first picture of the stars of the new series on his Instagram.

The show premieres on September 22nd on ABC.

A trailer can be see here:

The reboot will also feature Don Cheadle narrating the series. The original version featured Daniel Stern, who many know as Marv from Home Alone. Stern is also a MoCo native, growing up in Bethesda and attending Bethesda-Chevy Chase High School before leaving a bit early to pursue his acting career. 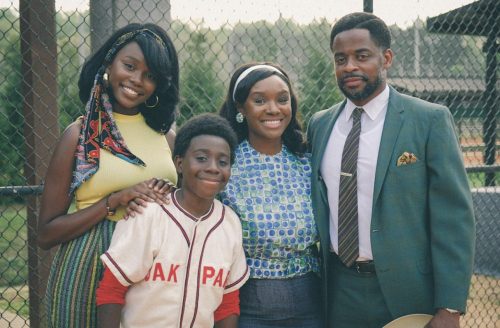 do this all the time , steel magnolias, wizard of oz the list goes on. Can’t think on their own have to copy. Original will always be better