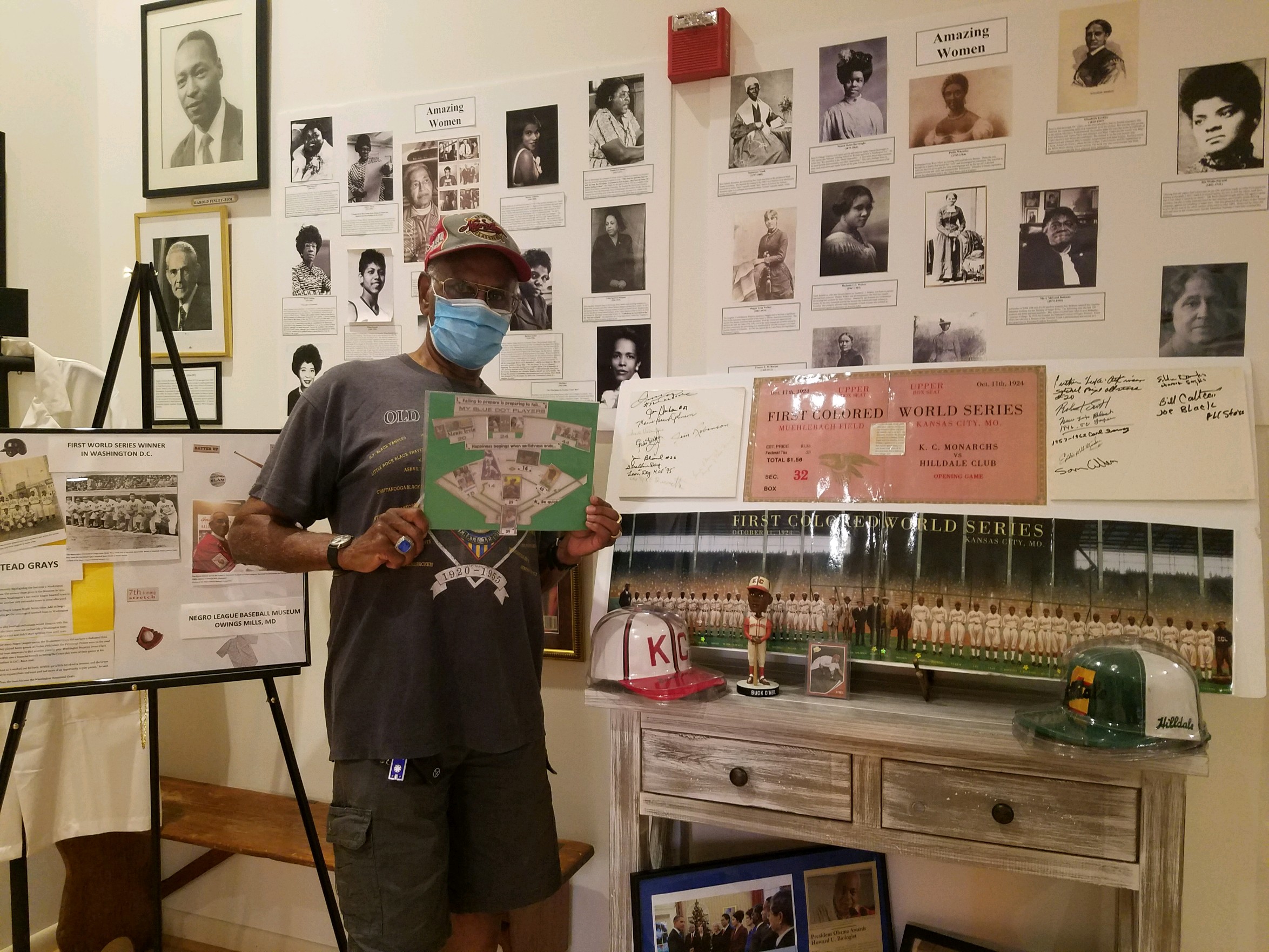 To celebrate the 100th anniversary of Negro League Baseball, the Sandy Spring Slave Museum will host a new exhibit about the Negro Leagues as part of the “Tip Your Cap” initiative.

The exhibit contains numerous artifacts, documents, and photographs from the era of Negro League baseball. Many artifacts are specifically focused on local Negro League players from Maryland.

“Tip Your Cap” is a nationwide initiative that sheds more light on the history of the Negro Leagues between the late 1800s and the integration of Major League Baseball, and the contributions that the leagues made to baseball, such as batting helmets, shin guards, and night games.

The artifacts were donated to the museum by Negro League collector and historian Don Conway, a native of Burtonsville. Conway played and coached baseball when he was younger, and now focuses on preserving the history of the Negro Leagues. 30+ artifacts in the exhibit were donated by him.

Conway is hopeful that visitors to the museum will gain a better knowledge of the history of the Negro Leagues and will come away from their experience with greater recognition of the contributions of African Americans in the last 100 years.

“I hope they will gain some knowledge of the history of the Negro Leagues,” Conway said. “And that they will walk away knowing at least two new things they didn’t know when they first arrived.”

The exhibit is currently closed to the public due to the ongoing pandemic, but the Slave Museum hopes to open its doors to the public as soon as COVID-19 precautions are put in place.