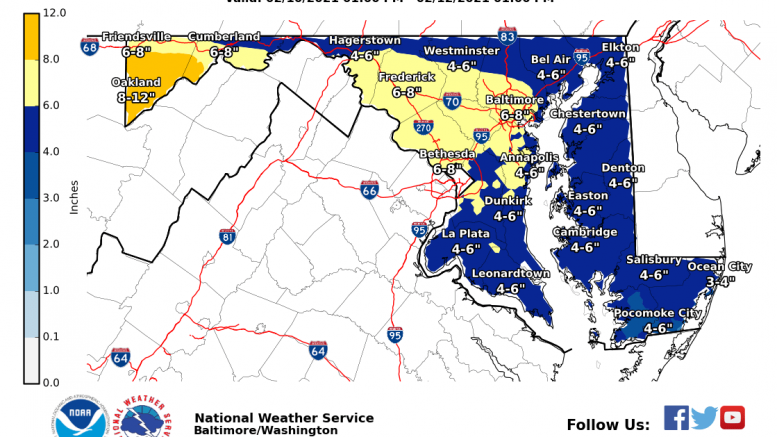 This will be another two-part storm. Part one will likely start on Wednesday night and continue into Thursday afternoon before we see a lull until Thursday night into midday Friday. 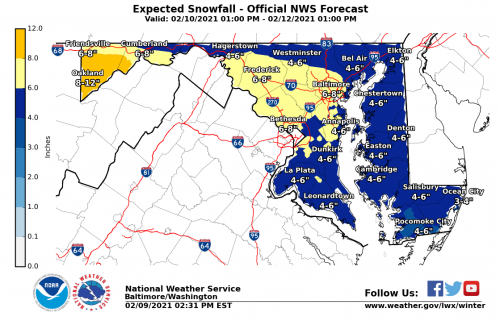 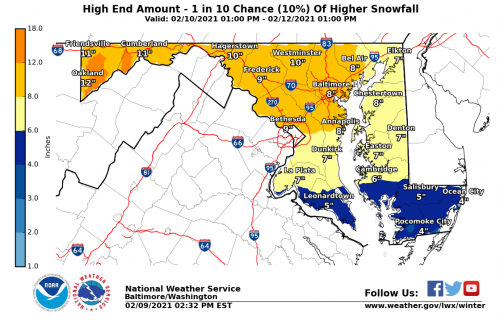 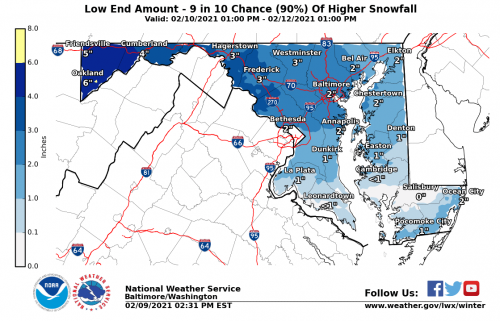 Local news outlets aren’t as willing to go that high with their forecasts as most remain in the 3-6” range. 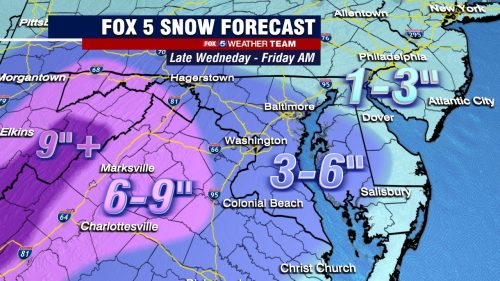 NBC4’s Amelia Draper tweeted “For these 2 rounds I’m thinking ~1 to 3″ of snow is possible each time … maybe more in some spots depending on how the systems track, so stay tuned for that.”

ABC 7 hasn’t released a map, but put out the graphic below which shows they expect 3-6” to fall. 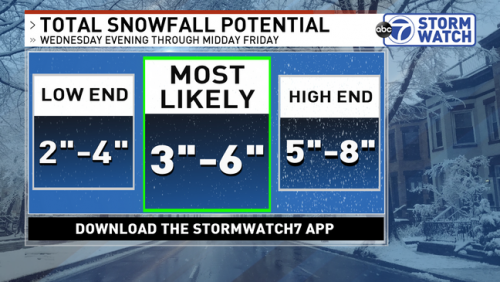 This is yet another storm that isn’t easy to call. The cold air looks like it’ll be there, but now we may be lacking moisture.

We’ll have an update for you in the morning. As of now, I would guess that the next map from the National Weather Service will show 4-6” but you never know.

Ice Storm Warning in Effect Until 7am Sunday (2/14)