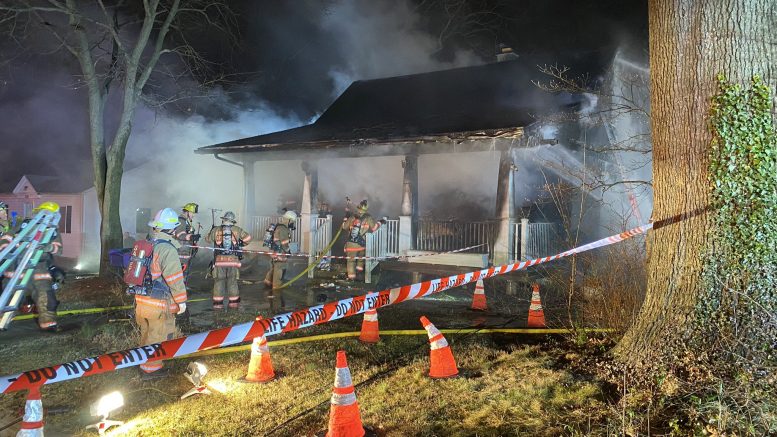 Around 11:50 PM Monday night, Montgomery County career and volunteer Firefighters responded to the 2700 block of Munson Street in Glenmont for a reported house fire.

Firefighters encountered heavy fire conditions throughout the home, and faced additional challenges because of excessive clutter inside and power lines that fell in the yard of the burning house. Around 75 firefighters responded to the scene.

Initially, one resident was unaccounted for, but was later located safely outside of their burning home. They were evaluated by Emergency Medical Technicians and Paramedics but fortunately had no serious injury.

As of Tuesday afternoon, the cause of the fire was still undetermined, according to Pete Piringer, Chief Spokesperson for the Montgomery County Fire & Rescue Service. Piringer tweeted that the fire originated in the kitchen area of the home, and caused around $525,000 in damage.