A two-car collision occurred on Bradley Boulevard and Arlington Road at approximately 6:15pm this evening, according to Montgomery County Fire and Rescue (MCFRS) PIO Pete Piringer.

A pedestrian crossing sign was damaged (severed at the base), which led to live wires on the road following the collision.

MCFRS extricated adult patients from the vehicle(s), but it is unclear how many were trapped following the crash.

The crash initially closed some lanes and traffic lights were on flash until recently. 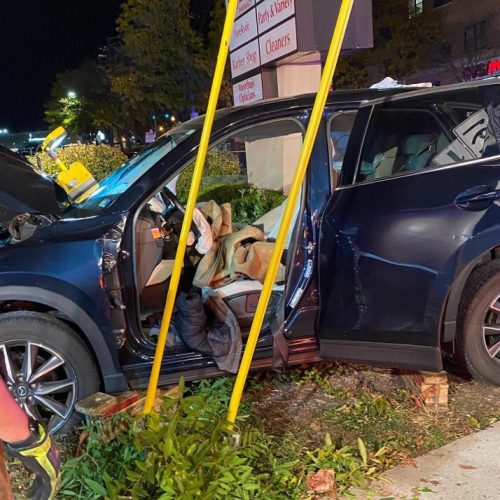 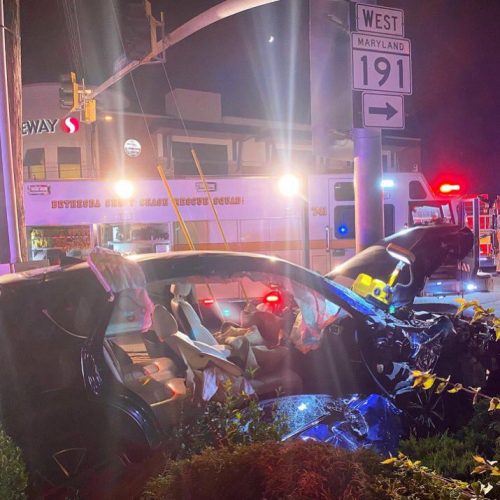