Update: The two people fatally shot have been identified as Dominique Williams, 32, of Hyattsville, and James Johnson, 38, of District Heights.

Two people are dead after an off-duty Pentagon Force Protection Agency Police Officer observed what he thought was a car being broken into on Wednesday morning in Takoma Park.

The incident occurred at the Takoma Overlook Condominiums located at 7333 New Hampshire Ave. According to a press release, the off-duty officer engaged the individuals and when they attempted to drive away, the officer discharged his service weapon.

An investigation into the incident is currently ongoing. 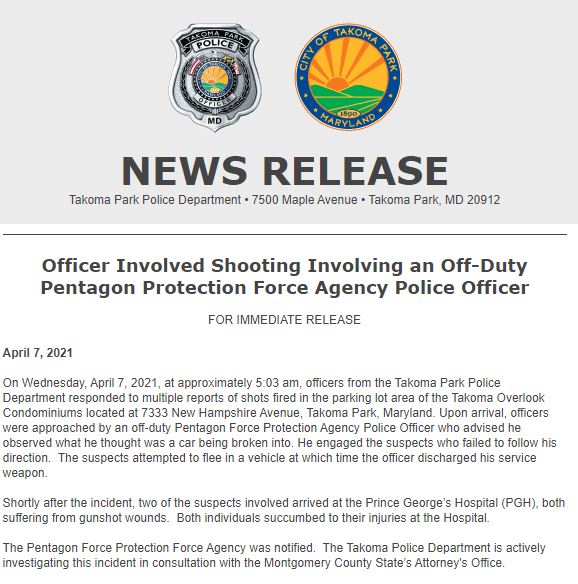 Suspect in Custody After Police Search in Downtown Crown