Life shouldn’t be about views, likes, and shares, but this article will be as we take a look back at the upcoming restaurants that have created the most buzz on our website and associated social media accounts in the last two months. Today we’re going to highlight the seven (in no particular order) that have generated the most buzz in terms of views, likes, and shares as we prepare to move into summer: 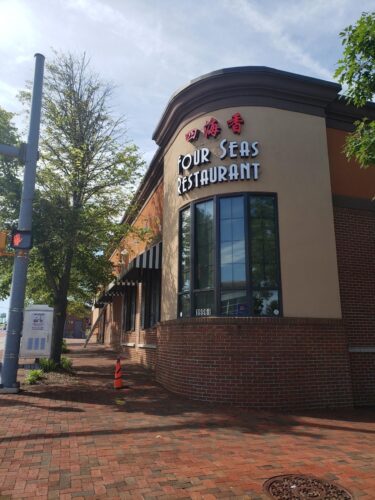 We received confirmation of the permanent closure of Greene turtle in Germantown back in the summer of 2020. Since then, the building was available for sale and ended up settling back on December 17th, 2021 for $3 million. Signage is up at Four Seas Restaurant, which will be the restaurant moving in, but we don’t have an opening date yet. Last December we were told that the buyer will operate a full-service Chinese/Seafood restaurant, and were recently told that is still the case. In December we were told the buyer already has one restaurant open in Montgomery County, but we don’t have a name for the restaurant at the moment. The building is 10,129 sf and came fully equipped. It seats over 300 people. 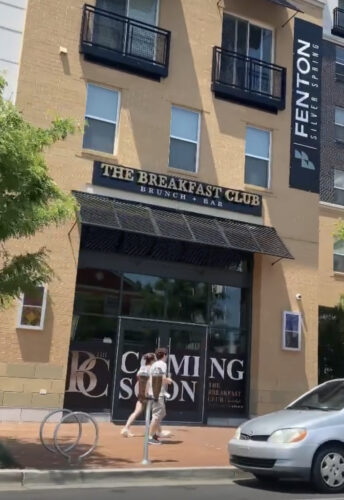 The Breakfast Club is coming soon to 8240 Fenton Street in Downtown Silver Spring and a recent Instagram post by the restaurant shows that another step closer to opening has been taken as signage is up at the upcoming restaurant. The restaurant, which will feature breakfast all day, but will also have lunch and dinner menu items, is inspired by “Papa Sherman” who is owner Jason Miskiri’s father. The Breakfast Club’s menu will include omelets, French toast stuffed with cream cheese and strawberries, and pancakes, according to a previous report by Bethesda Beat. “Additionally, there will be heavier entrees, such as lamb chops, chicken and waffles, and shrimp and grits.” The restaurant’s website still lists Spring 2022 as an opening timeframe, but summer I looking more likely. 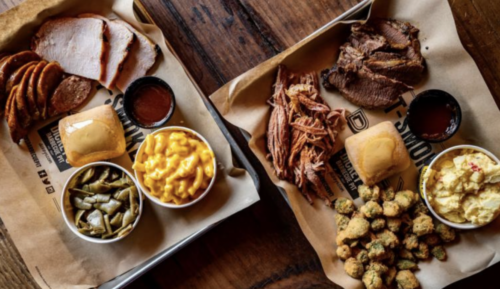 Dickey’s Barbecue Pit will be opening a new location in the recently renovated Montgomery Village Center, next to the upcoming Kobe Japan (which is next to the recently opened Moe’s). Dickey’s Barbecue Pit previously opened its second Maryland location in Montgomery County when it opened in Germantown in February 2013. The restaurant closed the following year and reopened under new management in July 2014 before closing permanently in early 2016. The first Maryland location was in Gambrills, but has since closed. Currently there are nearby locations in Pasadena, MD, two in Fairfax VA, and one in Alexandria VA. There is no expected opening date at the moment. 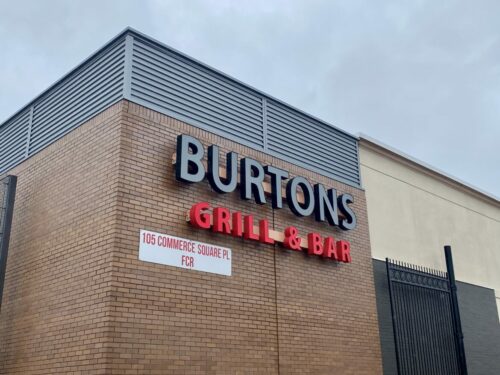 Burtons Grill & Bar at 109 Commerce Square Pl at the Kentlands in Gaithersburg, which was originally scheduled to open in late May, will now be opening in mid to late June, according to representatives from the location. We’re told the delay is due to shipping issues with some of the restaurant’s equipment. The restaurant is currently hiring and permanent signage was installed on the building earlier this month.  Menu items will include braised short ribs, filet mignon, chicken risotto, and market fresh seafood. 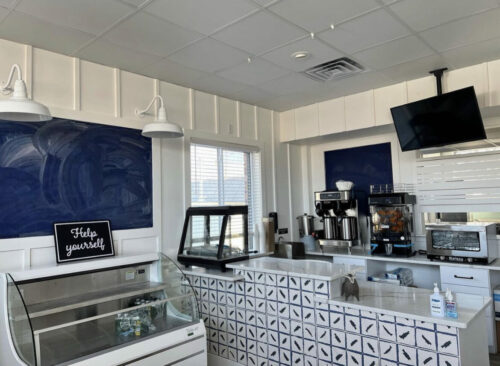 In March we let you know that Scratch Kitchen & Bistro will be taking over the location that was formerly home to CB Acai and House of Fortune at 18062 Georgia Avenue in Olney. The new restaurant has previously announced on Instagram that it planned to hold its grand opening on Sunday, May 15th, but a few construction delays have pushed things back and the restaurant is now hoping to open in late June. The restaurant is described as a family-owned bistro and cafe. It will serve breakfast and lunch classics made from locally sourced ingredients. Breakfast will be available all day, according to Scratch Kitchen’s Instagram account. 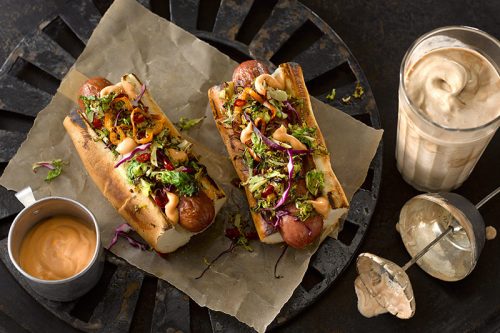 It has been nearly 2 years since we let you know of HalfSmoke’s impending arrival at 36A Maryland Ave. in the Rockville Town Square. In May, we were told the restaurant is expected to open in about three months. Representatives from the restaurant told us that construction and supply chain issues have been the cause for the delay, and that they were originally planning to be open last year.  The new Rockville location will take over the spot that was previously  home to Pandora, American Tap Room, and Austin Grill.  According to the Washington Business Journal, “the  50-employee Rockville location will be 6,000 square feet with 150 seats inside under normal capacity and seating for 30 outside. Baltimore will have 4,000 square feet, with 80 seats inside and 40 outside, and 30 employees.” HalfSmoke was the first restaurant of its kind to serve gourmet sausages via an assembly line format. Its sausages and toppings can be fully customized to create over 50,000 variations. The HalfSmoke menu also features craft beer, mac and cheese balls, tater tots, milkshakes, funnel cakes, wine, cocktails, and more. 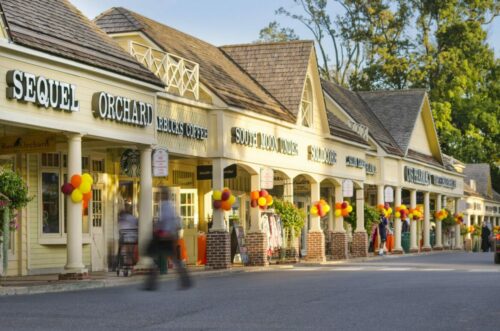 Back in February we let you know that Bethesda favorite Raku will open Rakugaki at the Shops at Wildwood in the Fall of 2022. The 2,188-square-foot restaurant that will offer sushi will be located at 10223 Georgetown Road near Sarah’s Handmade Ice Cream. Raku’s Bethesda and Cathedral Heights locations as well as Rakuya at Dupont Circle remain open. The restaurant has a hearing with Montgomery County’s Alcohol Beverage Services (ABS) on Thursday, May 19th at 9:30am for a “Class B Beer, Wine, and Liquor License, On Sale Only.” The restaurant is still aiming for a Fall 2022 opening.