Update: The indoor portion/lobby of Starbucks has reopened but the drive-thru remains closed at this time.

Monday, April 18: The Starbucks at 160 Kentlands Blvd in Gaithersburg is temporarily closed. We were told by a representative from the store that there was an issue with their computers and registers, and that they hope to be open tomorrow.

Starbucks was previously located at 121 Market St. in the Kentlands, which will soon be home to Java Nation. No opening date for Java Nation has been announced.

Shake Shack is expected to open a location next door to this Starbucks by the end of this year.

In other Starbucks news, construction is almost complete at the new location in Montgomery Village. That store is expected to be open by the summer. Latest photo below. 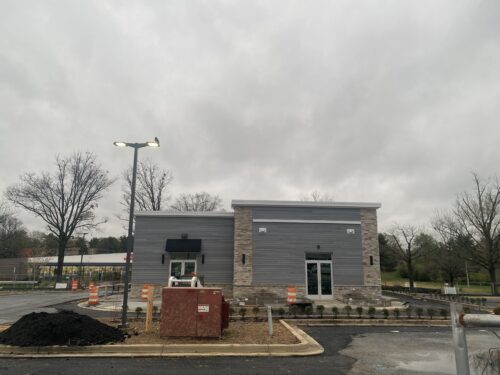