In January we reported that “opening Soon” signage was up on the windows of Chicken Basket at 30 N. Summit Ave. in Gaithersburg. We stopped by the location today and construction was ongoing, including work on the building’s signage. We were told that the restaurant should be reopening soon, but were not given any timeframe. A building fire closed the restaurant back in April 2019. 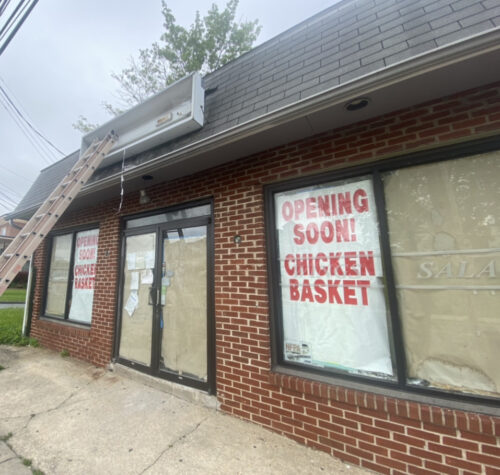 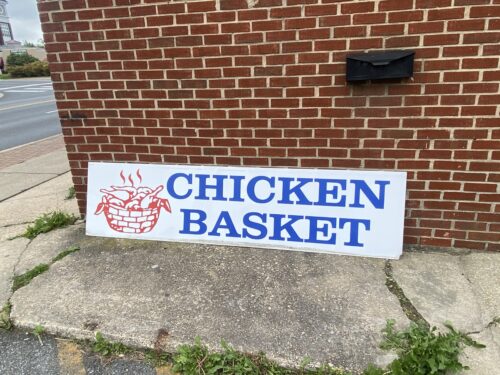 In March 2020, Chicken Basket at 4007 Norbeck Rd also closed due to a building fire. Currently there are “Chicken Basket” restaurants in Burtonsville and Wheaton, although none of the restaurants are associated with each other and all are independently owned. Items on the Gaithersburg location’s menu back in 2019 included fried chicken, fried seafood, ribs, burgers, subs/cheesesteaks, and wraps.
Footage from the April 2019 fire from twitter:

ICYMI – @MCFRS units were on the scene of a Chicken Basket commercial building fire in the unit block of North Summit Ave, in Gaithersburg. @mcfrs @MCFRSNews @IAFFLocal1664 @mcfrspio5 @GPDNews https://t.co/arUhCxkIcD

Update: OmniFun to Close Permanently on May 23